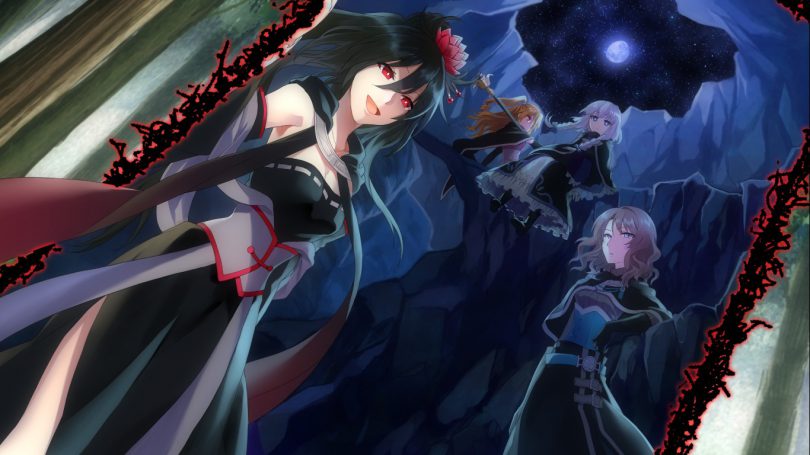 Fault milestone one was a visual novel developed by ALICE IN DISSONANCE that blended mystery, magic and suspense together into a solid title. As the original ended on a cliffhanger, fans have eagerly been awaiting the sequel as the original boasted beautiful artwork, enjoyable soundtrack and an intricate cast of characters. Sekai Project and ALICE IN DISSONANCE have teamed up again to bring the anticipated sequel fault milestone two side:above on Steam. This time around, fans will be treated to an exclusive Steam offer of a digital shikishi of Rune upon their purchase.

The story takes place right after the final events of the original fault milestone with Selphine and Ritona in a tense confrontation with their archnemesis Melano. After surviving a deadly encounter with Melano, Selphine, Ritona and Rune arrive at the Second Pole, a continent that comprises the next part of their journey. Speaking with the locals, they gradually learn more about their predicament as they struggle with who they can trust and how they will go about travelling to their next destination. As betrayals and mutinies occur, Selphine and her friend Rune are separated from Ritona following a series of incidents that heightens the plot’s suspense…