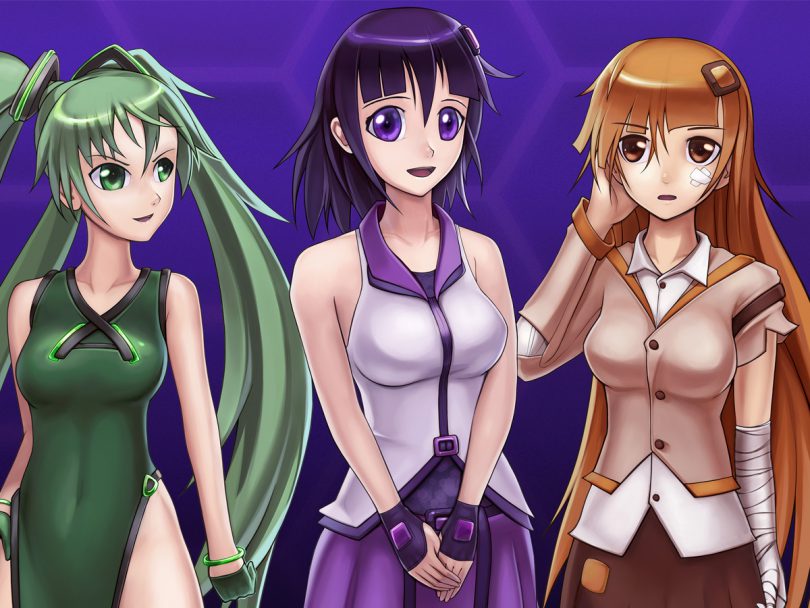 I don’t usually enjoy Visual Novels that have gameplay elements attached to them.  It’s very rare.  RPGs with VN elements?  I’ve had a bad track record with them.  But this little puzzle platformer, created and released in early 2014 by a member of the Fuwanovel Forums, Invertmouse, first caught my interest when he posted on the forums looking for people to beta test the title.  My first playthroughs had me interested to see what the final product would look like.  Here are my thoughts.

This review covers both Unhack and Unhack:Destruction, which serves as a sort of prequel.

The story of Unhack is relatively straightforward, almost too much so.  A chaotic internet virus called the “5K Worm” is wreaking havoc on the Internet, and you, the “Unhacker,” and your trusty AI, Weedy, are tasked with discovering who is behind this.  An hour full of twists and turns and a colorful (literally) cast later, you discover the truth and fight the final boss. 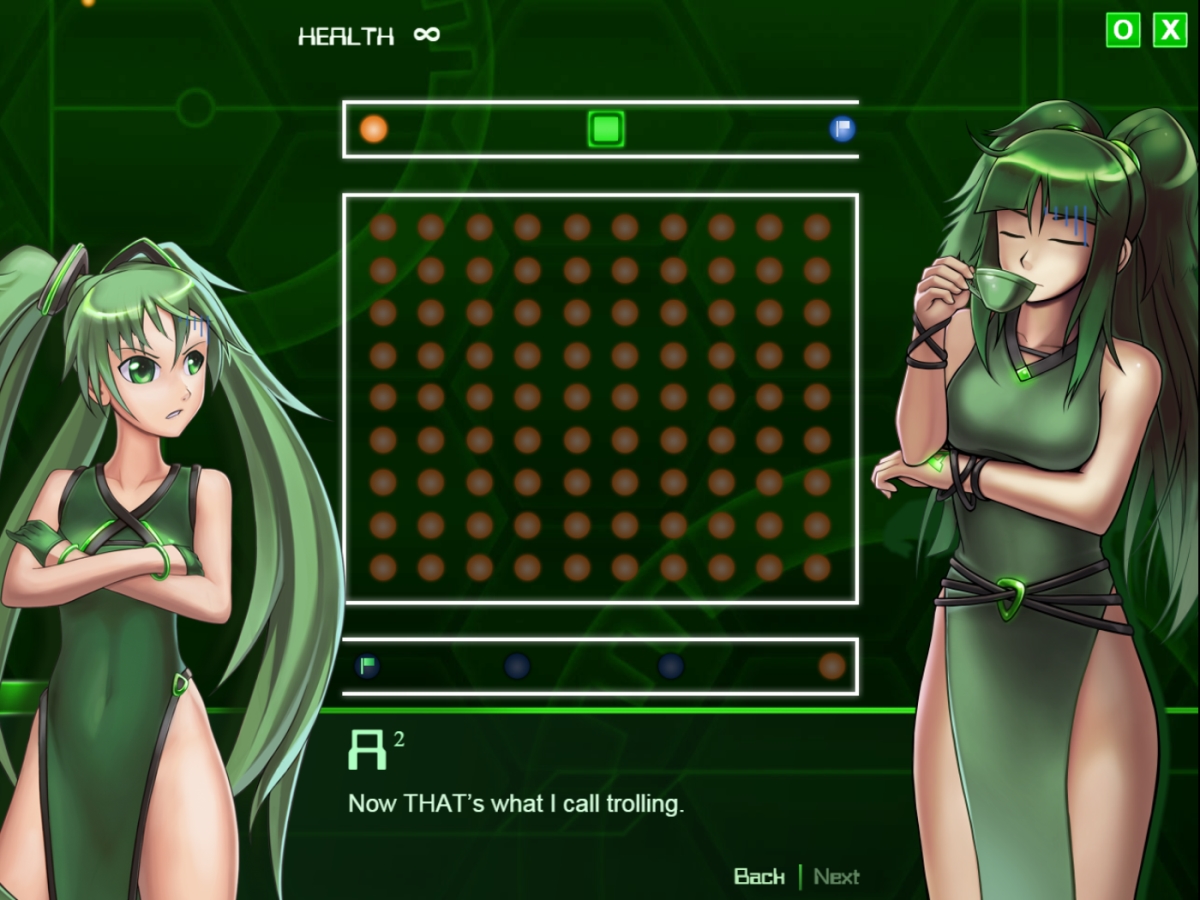 This room SUCKED. I spent a lot of time trying to figure this puzzle out.

That’s probably my only real problem with the game.  Even with the expansion, the game will barely clock in at 90 minutes.  But here’s what those ninety minutes do have:  fully English voiced characters sans the protagonist (with a few pretty big names, actually), a neat sounding soundtrack, some nice puzzles, solid artwork, solid character development for such a short game, and humorous dialogue throughout.  You’re going to get some laughs out of this game, for sure. 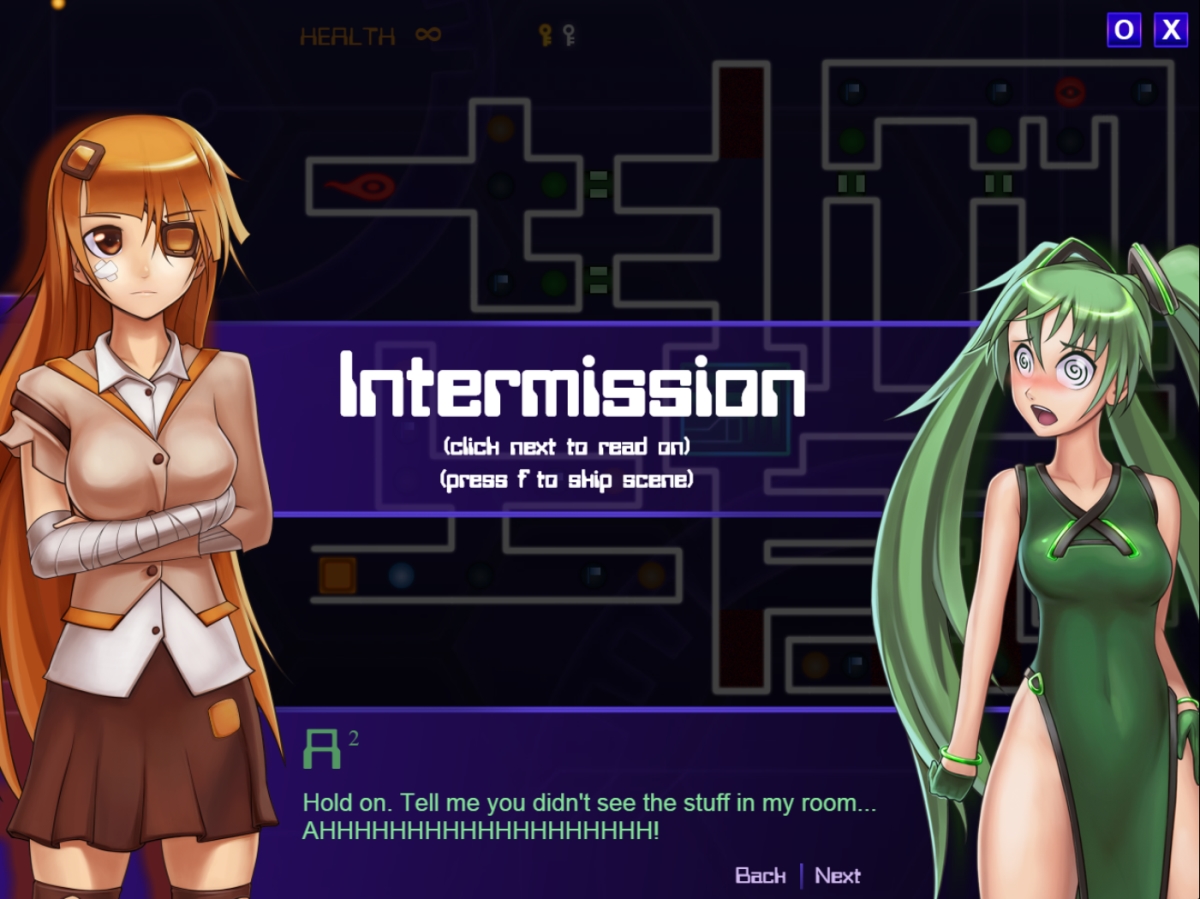 The game itself is polished, though a lot of the puzzles are very simple to figure out if you stop and look at them for a few seconds. But since very little, if anything, is randomized, the game lacks replayability.  You’ll have even less fun if you play the game with infinite lives (I did it only to get pictures – my first playthrough was on the hardest difficulty, and that did add a decent degree of challenge to the game).  I just wish…there was more…  I had fun while it lasted, but at the end of the day, I feel a bit cheated.

If you like puzzle games with your VNs, it’s worth picking up and playing.  It’s only a couple bucks, and you get to show a member of our community your support! 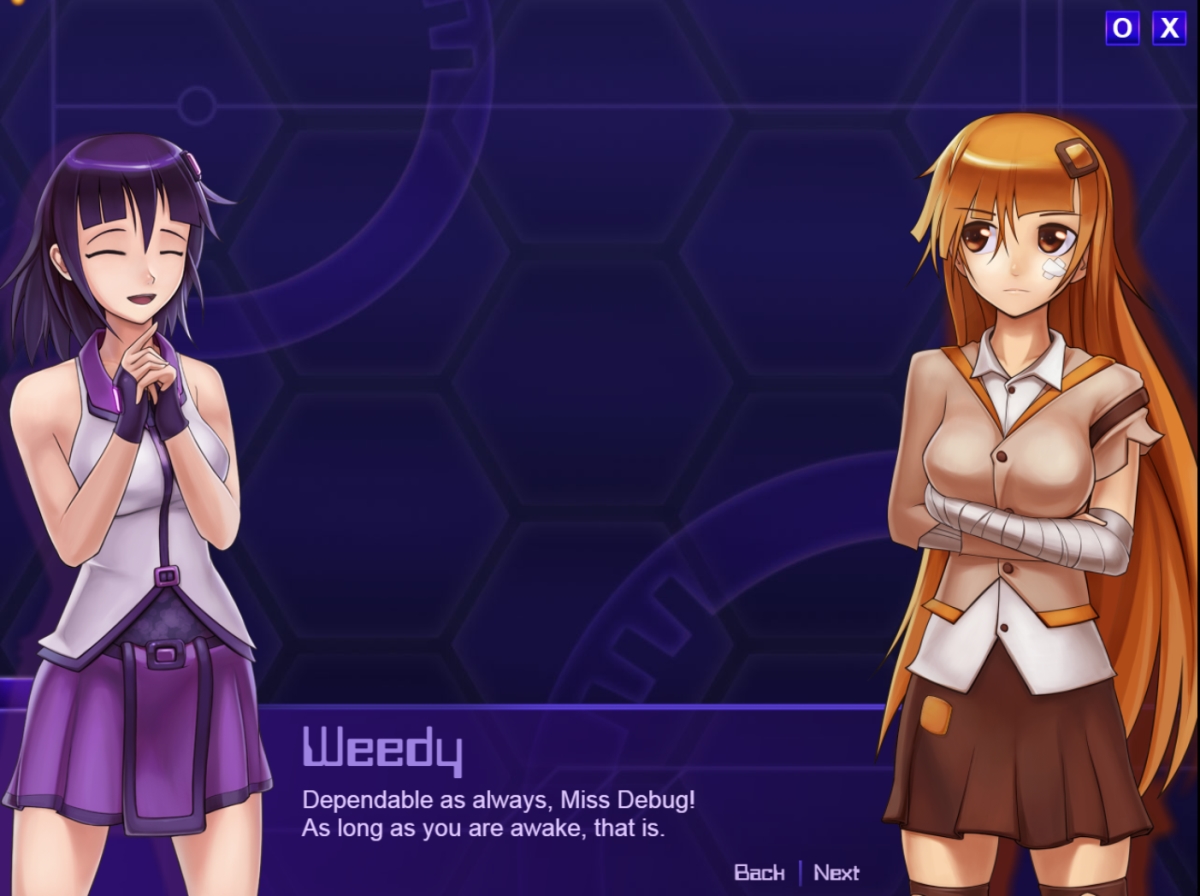 The best jobs are the ones you can sleep at and not get fired.

+ Dialogue will make you laugh out loud