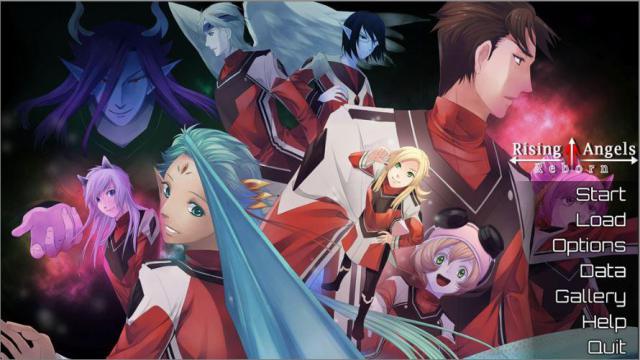 Original English Language Visual Novels (OELVNs for short) are an up-and-coming group of titles that haven’t yet been able to really make their mark on the industry. A lack of funding makes it tough to compete with the quality visual novel readers are used to seeing. While Rising Angels: Reborn isn’t the OELVN to end that trend it is one of the better examples I’ve read. It suffers from some of the same problems I’ve seen in the genre before but it’s also a refreshing example of what a good Western visual novel can be like. Given its short length and low, low price of free, I don’t hesitate to recommend it.

A Special Investigations and Tactics Officer (SITO) in the Katajian Directorship, Natalie Puccile has spent her career to date on a backwater space station in the middle of nowhere. Now with a chance to prove herself on a new ship and with a new crew, she’s understandably excited to find out what’s in store. Despite her enthusiasm, however, getting everyone on the K.S.S. Nimross to work together is going to be tricky.…