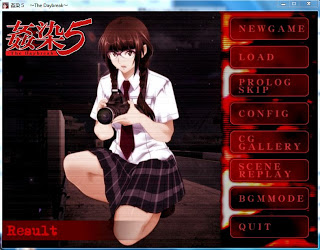 Well, considering the overwhelming (and international) success of the critically acclaimed The Last of Us it seems this is the perfect time for me to review another Kansen game, especially as an opening to this Halloween month. While the fourth game wasn’t bad, you could tell the creators were trying to play it safe so as not to disappoint the fanbase in light of how good the third game was, and sadly that resulted in a game that was only above average. From what I’ve been able to gather, others who played it had similar thoughts on Kansen 4 so customer feedback probably had some influence on the design for its sequel as it’s obvious from the beginning that Kansen 5 is trying to be like its much more successful predecessor, Kansen 3. As for how well it does at that…I kind of wish I could trade this in for The Last of Us.

Pros: No timed choices, introduces some interesting concepts for the Kansen universe, characters are mostly likable, some character development is handled well, new view switching system is an interesting and good idea, artwork is good, voice acting is good.Cons: The fake routes…