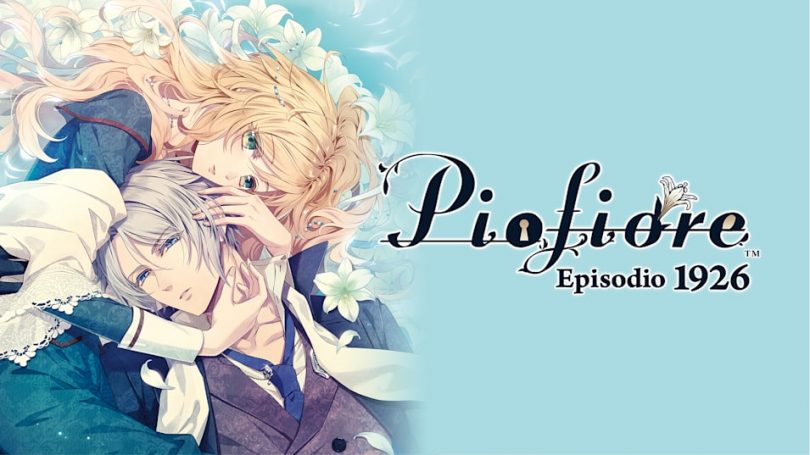 Welcome to the Fuwanovel VNTS, where we shamelessly copy the work of one illustrious 4chan /jp/ member in collating translation progress and add minor dabs of value through corrections and additions. Entries with updates this week in bold. This week’s picture is from Piofiore: Episodio 1926, which released this week. Despite Watamari being a thing. My yuri bias is not complete, okay! (COPIUM)

This week I — Zaka — am handling the VNTS post on my own, but I’ll make sure to force Hata to do all the work for the next one to maintain the optimal bullying quotient. I’ve also resurrected the tradition of adding purchase links to releases in the update table. For commentary, apart from my usual ramblings, we’ve got an introduction from one of our new partners: Sinical Network. In my own commentary, I’m also including a message from vndb staff about localization staff credits, and how staff who don’t like how they’re represented can get in contact with vndb to change that. A guy came to a few visual novel discords to spread the word, and I figure I might as well post it here too.

「Another slow week, eh. The Piofiore sequel release should be delicious news for otome fans — I’m not sure if it really is 40 hours long as the one vndb vote indicates, but I’m guessing there’s a lot of content in it. One of the CGs on vndb looks pretty yabai, I like.

Watamari is an interesting title. The system specs look impressive: customized presentation, live2d animated sprites, the good stuff. Interestingly, you can make decisions for other characters than the main one. Very meta, given they seem to have a ??? character in there… There’s an intriguing mystery element teased for sure. Then there’s the thing where vndb mentions that the dev’s earlier title Sacrament Sheep is in the same setting, and one of the Steam reviews that also mentions that things will make much more sense if you’ve read it… but the store page has no mention of this. Can’t scare the customers away with required reading! Ah well. Then there’s the thing that this is watamari 1, so it’s episodic, but I have no idea exactly what is delineating these episodes. Anyway, it still looks pretty interesting. If I didn’t have uni to worry about, maybe I’d give it a spin. (help) (it’s actually fine if I just do a little work. if.)

The haruuru progress is getting fairly regularly updated in our Fuwanovel thread as it nears its sans-bad-routes release.

And for anyone hoping for more Akagoei translation progress after the completion of the Tae route, maybe relax a bit. Our boy Bee needs to tend to real life, so he’ll be less active for some months. Or so he claims. Whether he will return earlier when real life is yet again too hard to cope with, we shall see.

So what’s this vndb message? There’s been some discontent voiced at how vndb handles their new localization credits; mostly this concerns the translators on titles, though I imagine some other people are affected as well. The message:

Hi, I’m Ezezin. Member of VNDB mod team. As you may know we had an update two weeks ago that allowed users to add translators as staff. Some days after the update we got heavy backlash about some staff contents regarding the link between a developer/translator real name or dead name in a single staff entry, which in turn may allow for easy doxxing or other real life dangers.

We are still gathering feedback from users and translators, but we know there are a lot of people who don’t have a VNDB account or don’t want to participate in the forums, for the being we decided it was best to act on staff entries based on dev request.

If you have a staff/producer entry with sensible information about yourself or if you have any feedback or suggestion, you can send an anonymous report (“Report an issue with this page” present at the top right part of an entry, just below the notification button) (when choosing the reason, select “other”). If you also made an account we can write a private thread if we need more information or if something it’s not clear enough (we can’t contact anons through the report function). Or you could send an e-mail to contact@vndb.org with any concerns, feedback, suggetions or the information that needs our attention.

We still don’t have a fully formed policy for certain kinds of changes yet, but that’s something we can work on with your feedback. I’ll also be lurking around Discord for some time, so if you feel like it, you can PM me too (but I will not be able to act on problematic entries this way).

I wish everyone involved a very good let’s try to handle this issue constructively.

Finally… okay, so what’s this Sinical thing about? Well, you might know that chinese-language publishers like SakuraGame have a tendency to use machine translation to create a throwaway English version. What you might not know is that there’s a group out there that’s actually done real translations for some of those titles, rescuing them from MTL purgatory. Well, luckily I don’t have to introduce our new partner by myself; here you go…」

Hello all! This is SinicalGeek from the Sinical Anime Network along with my lead translator Woosk, and we are excited to share updates about our English translation projects.

Back in 2018, woosk started reaching out to developers who had decent Visual Novels but had chosen to release them as MTL. This started out as Fan Translations and eventually led to official translation projects under the Sinical Network brand.

Our current Project is Mirror 2: Project X, an early access match-3 puzzle game that uses 3D character models similar to what you would see in Genshin Impact. There is a lot of content being released frequently, so this project will be our main focus for the time being.

Below is a list of our Translation projects with the dates on when the games were officially patched.
We have even done a few Fan Translations along the way as sometimes getting a game officially patched is not an option due to publisher/developer complications. However, providing the ability for English players to experience these games is exciting and continues to motivate us to complete these.