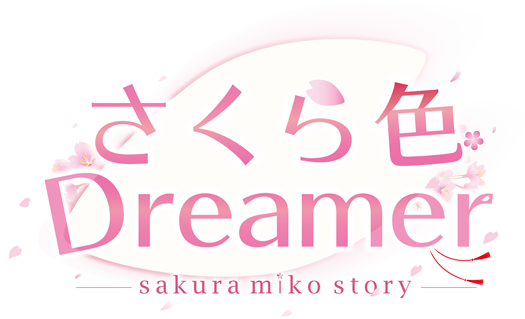 Welcome to the Fuwanovel VNTS, where we shamelessly copy the work of one illustrious 4chan /jp/ member in collating translation progress and add minor dabs of value through corrections and additions. Entries with updates this week, or last week in bold. I blame missing two weeks on nobody releasing any spicy doujinge translations until this one. This week’s picture is from Sakura-Iro Dreamer, a vtuber-related vn released this wekk… or was it last? Whatever. Days no longer mean anything to me after we switched to the infernal American date format for these posts.

「Hi, things are sort of better and sort of the same. Doctor told me to take more of the heartburn stuff so it’s two a day now. It helps some, but I’m still a bit fucked whenever I get a quick blood sugar rise (surprisingly hard to avoid and still have entertaining life). Still have headache issues with sitting up and working, but also tadoku probably is taking up some of my energy/headspace for projects. Anyway, no progress. Maybe next month!

The Manakashi project is looking for editors to deal with the new and improved raw translation output with the addition of more translators. There seems to have been actual progress from things I see, but the public linecount is still the same, so I guess I can’t give a number. As an additional bonus if you do join, I’m an occasional contributor to hard tl line discussions for the project, so you’ll get to see my beautiful intellect up close and personal. Wait, why are you leaving? Come back…

Taisho Alice ep. 3 is releasing in March according to a tweet by an official account. I hear the release announcement for ep. 2 was rather… late, so I guess some kind of lesson has been learnt.

The “Q2” part of the Rewrite status is just a remnant of some earlier statement as far as I can tell, but it is quite amusing to see. Imagine doing 40% of a large vn in like 6 months and then getting it to a release-worthy state.

DMMD preorders are in for those of you who like edgy boys with other edgy boys. Which is all I know about the thing…

Musicus is out of beta, whatever that means. Perhaps soon, we will know the meaning of life…

Trip officially quit translating last week with ginharu at 54% done. Some say he’s trying to make a fighting game. Others say he was just tired of flutzing people. He actually nuked the entire group discord after what I think as a 30-minute warning (with people half wondering if it was a troll and there’d be a patch release afterwards… but no). The editor man, Irru, made a replacement discord which you can find in the blog post I just linked. He’s looking for people (tl note: translators) to get the project across the finish line; there seem to be some prospective people already but you know how these things go. Usually not forward.

Sona-Nyl is in image editing. Wonder how much work there is on that title, the smallest things can take the longest of times sometimes…

Sakura-Iro Dreamer is a short vn by some vtuber called Miko or whatever. Enjoy, I guess.

Sonohana 12’s original translation was neither done by a speaker of… conventional English, nor do I think it had the most amazing editors. But I haven’t looked at it, so who knows? That said, a guy has apparently done an extensive? retranslation. I only really know this because I am in the project server, idk if it’s been announced anywhere else. He seemed more likely to produce high quality work than the previous team, but who knows? I certainly don’t, because I am way too lazy to actually check anything. Ah well, now you know. I uploaded a patch-files only archive to my mega which you can get here.

Last but not least, Darbury is back with not one, but two interesting obscure doujinge translations. He decided to port them from kirikiri to the ren’py engine because the engine was so annoying and archaic. Now that’s dedication.

And if this reads like I’m phoning it in, well, the headache doesn’t like me right now. Fuck.」