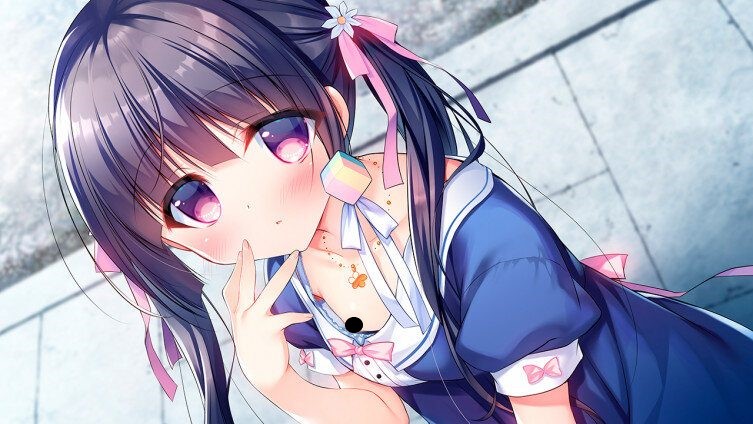 Today’s picture is from loca-love 3 (my pure priestess) which released this week (JAST・Fakku). Also because it was cute and I didn’t feel like looking too hard for another. Ignore the black spot. It was always there. Definitely.

「I didn’t end up doing any tlc this week. I blame sleepy mornings and overcast skies.

Lovalove 3 looks to have had none of the delays of lovalove 2, but at the cost of no Steam release so far (but they might be trying…?) – it’s on JAST and FAKKU.

Fault ms2 below has a release date at last. Silence the pedant is somehow still not out. Extreme Dischan vibes.

Gothic murder seems to be some kind of (single hero?) otomege with a mystery focus. Reading an EGS review it seems there isn’t much to the romance content? Also there’s some investigation elements but they’re low difficulty so you can chill, or whatever.

Oh and otusun land is planning on localizing some extra content for Bell Chimes in MariAlbum with a modest funding goal of $1000. There’s a draft up right now you can check out.」