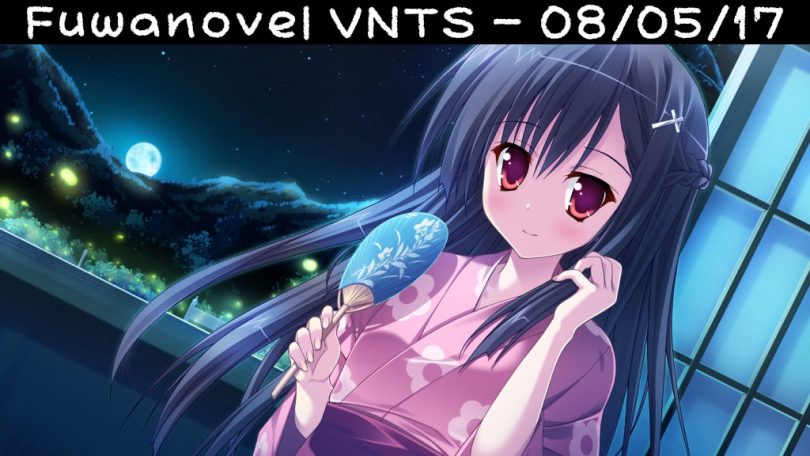 This week’s header image comes from Princess Evangile WHappiness which was released last week by MangaGamer. I purchased it, I’m playing it, and I’m enjoying it. I’ve also had a hard week (last few days) due to Fuwanovel exploding and a big move, so I feel like I deserve to make the image whatever I want it to be. Packing sucks. But you know what doesn’t suck? Princess Evangile WHappiness. I’m really liking it. That is all. – Tay

From The Team:  Hi. I’m really busy trying to figure out why the forums are on fire. The short answer: I know what’s wrong, and I’m working with Invision to see what can be done. I’ve got a few different backups, so I’m not anticipating any data loss. In the meantime, Look!, a fancy new VNTS! Go check it out! I’ll just be over here… with a wrench… and possibly some dynamite. – Tay

PS: Did I mention that Princess Evangile WHappiness is out? (It is.)

TAYsteful Thoughts™I should have predicted this week’s FuwApocalypse. Every time I move — especially big moves, like the one I’m packing for right now — the site explodes. Like, without fail. Every time. I should have seen it coming, and I should have been prepared… Oh, well. I’m working hard on it, and I hope to get a solution out soon. Sorry for the wait, everyone.

In other news, I’m playing Princess Evangile WHappiness! It’s fun. I’m sure I’m being annoying linking to MangaGamer listing page so many times in one post, but I don’t really care. Not today. Not after the last few days. I need this, people. I’m losing my goddamn mind over here.

And with that… I’m out! Have a good week, everybody! Wish me luck with the forums.