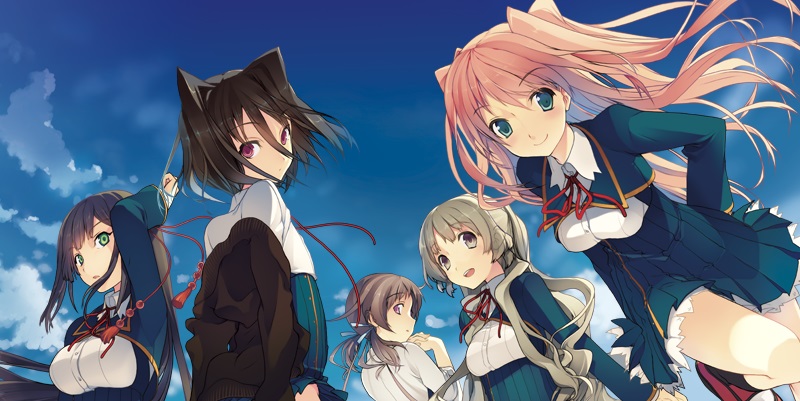 And people said it would never happen! Today, Basic Translations has released their 100% complete english translation for Koi to Senkyo to Chocolate, or Koichoco for short, after numerous setbacks and four long years of hard work. Many of you may be familiar with Koichoco from its well-received 2012 anime adaptation.

Koichoco stars one Oojima Yuuki, a member of the Food Research Club alongside his childhood friend Sumiyoshi Chisato. The Food Research Club is little more than a pretense for their group of friends to hang out after school and enjoy snacks. This easygoing life is threatened one day when a change in school policy aims to shut down their club, and other clubs like it. One thing leads to another, and Yuuki ends up running for student council president. From this setting love triangles are born, election politics and drama occur, and we discover that one girl really, really hates chocolate. A lot.

Koichoco is a pretty serious low-concept character-focused romance title. I’ve played the partial patch released last year, and it was pretty alright. I think I was more hooked on the premise being an unusual one for VNs than the actual character drama itself, which could get a little trite at times. Either way, I found it to be entertaining enough and I look forward to playing this complete patch when time permits.

There is the standard unmodified version, and there’s also an alternate “Safe” version of the patch. This version removes all of the h-scenes, but it leaves in any nudity outside of those scenes, and the CG gallery seems to be unmodified.