Dengeki G just released Dengeki G’s Festival! COMIC Vol 28, which is their third little busters special feature version of the magazine, each of these three comes with a shower tapestry. It’s the shower tapestry that I want to blog about! Now this is a bit complicated but, Dengeki G occasionally turns their monthly magazine into a Festival!… and each time they do this, they usually bundle it with a very good and reasonably priced item like a tapestry or dakimakura. The Dengeki G Festival COMIC, is a completely separate magazine that comes out once every 2 months and in the same way bundles itself with something good. 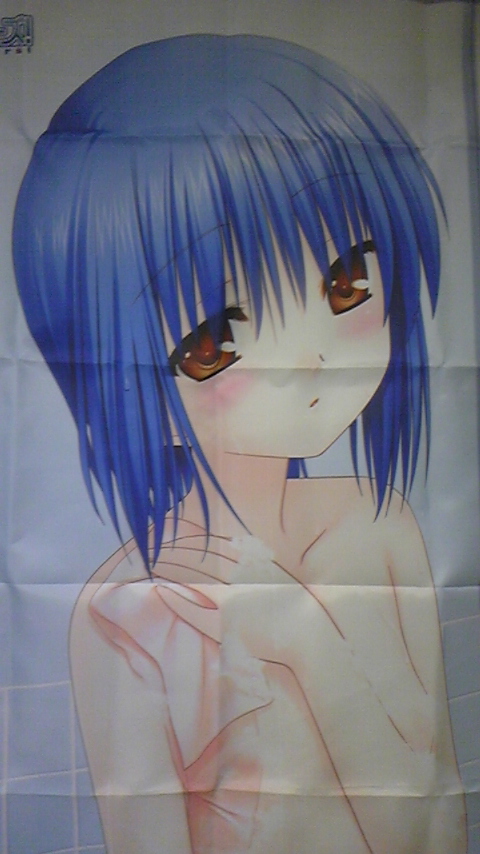 ^ blog [s.webry.info/sp/ma-sa-gk.at.webry.info] I wish I can find a better photo ;A;

Note:
By the way heads up now for people who want to buy a Kud Muffler Cover (+ Kud tiny bath figure) that comes with the June edition of Dengeki G’s Festival Vol.32, release date is 19th April 2013. [Amiami.com]