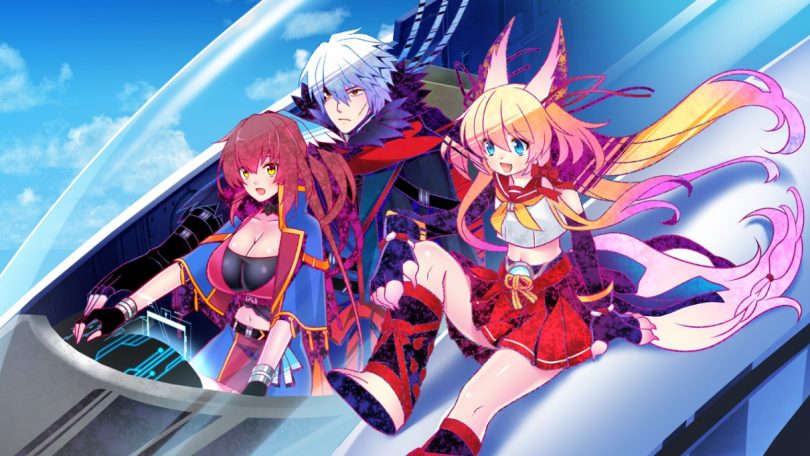 I’ve seen Alpha-Nighthawk by Liar-soft and Shiravune written off as a ‘furry’ visual novel. While it does have human/animal hybrids, it’s much more than just that. A Sci-Fi romance set mostly in a lawless slum abandoned by the military, it features mecha battles, powers bordering on the supernatural, a threat to humanity, and much more to make it stand out than anthropomorphic characters.

A giant rose called ‘Consuelo’ appeared in the sky three centuries ago. Every century, it fires a thorn at the Earth, not only destroying an area as big as a city but infecting the nearby area with monsters. Efforts are made to combat this, including the creation of a giant spaceship and mecha pilots that spend their time pruning the rose. Once it’s fired though, nothing can be done. Infected areas are just sealed off and abandoned.

Alpha-Nighthawk follows Miriya, a naive but talented pilot from the Space Force, and Ichizo, a former top pilot who now lives in the ‘Red Zone’, protecting the residents. Miriya finds herself bullied and unable to progress in the military due to her lack of ‘Sel’, an inborn power that fuels the mecha.