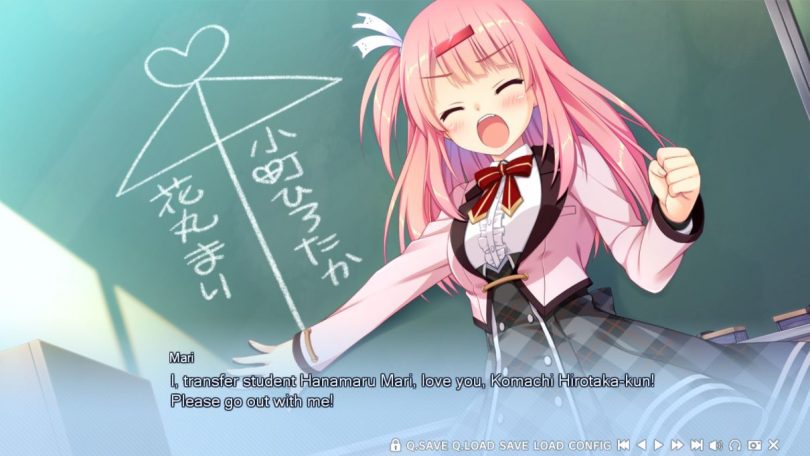 Renai X Royale – Love’s a Battle, or just Renai Royale for short is the latest moege visual novel localized and published by NekoNyan. This comedy developed by ASa Project lets you romance four main heroines, along with a few other options.

Renai Royale starts with the protagonist Hirotaka being teased over his lack of a girlfriend. Pushed to the limit, he runs off and asks out the first girl he sees with big breasts – the student council president, Shione. While she’s interested, she doesn’t let on and he runs off.

This is soon followed by a transfer student coming into his class with a shocking introduction. Mari lets everyone there know that she loves Hirotaka. She publicly stakes her claim and lets everyone know that she’s his childhood friend. Soon enough, another girl from his past joins the class as another transfer student. This sparks a massive conflict with an idol, and his younger sister joining in the war to win his heart.

It’s worth noting that while this is a romantic comedy, the comedy is certainly the focus here and the romance is sometimes absurd. It has frequent fourth-wall