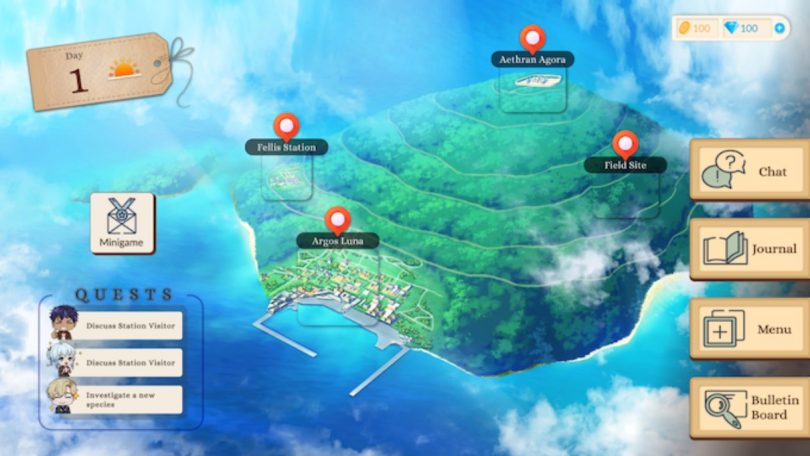 Nochi Studios is a game development team, consisting of three women creating romance games. They’ve previously come out with Somnium Eleven and Sifting Thyme which are both on mobile devices, but now they’re launching something new – Untold Atlas.

Untold Atlas describes itself as a choice-driven, expedition-themed spin on visual novels (GxB/GXG), featuring in-game group chats and an intricate romancing system! It’s just launched a KickStarter to try and fund its next title.

I asked Natalie from Nochi Studios if we could have a brief interview about the game and she kindly agreed.

Could you tell a little about Untold Atlas?

Yea! Untold Atlas is our studio’s third game. We’re really excited for it because we’re trying something different than our past titles and from what we’ve seen out there. It’s an expedition themed dating sim – a twist on romance visual novels as we’ve added features such as in-game group chats, a pixel art text-based minigame, and a unique interactive romancing system.

You mentioned a romance system. Could you tell us how it works and a little about what makes it stand out as unique?