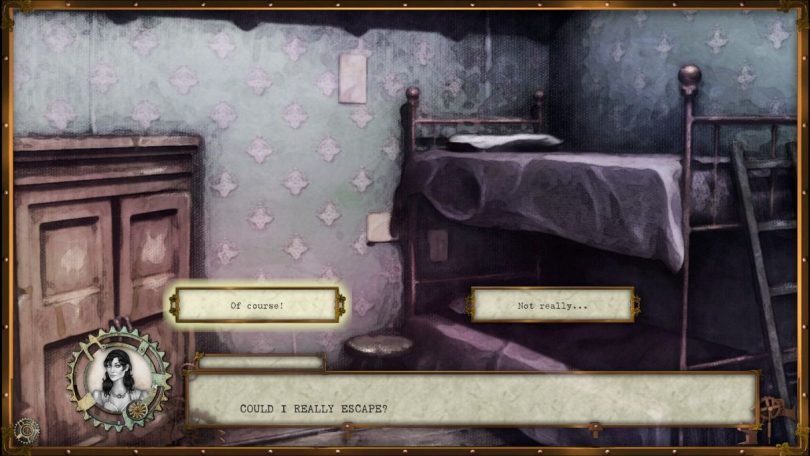 Within Enigmarella’s 19th-century nautical steampunk universe, a passionate romance along with a deep-seated mystery entwined around a dreamy fiancé and a thorny suitor blossoms. Released on 28 February 2022 for PC (Windows), Enigmarella is an indie otome Original English Language Visual Novel (OELVN) by Metal Dragon Studio. It tells of a heartfelt tale of love and hate centered around Alice Rahner — a rash and rebellious orphan who was not pleased at all to learn, on her 20th birthday, that she had been forced into an arranged marriage.

What’s as intriguing as the premise of Enigmarella is its heart-stopping opening scene: Alice the protagonist was perched precariously atop a windowsill, ready to jump over to the big tree outside at a moment’s notice. Once a choice is made at this point, the writing skilfully uses the lingering tension as a hook while it teasingly brings players back to the very moment when everything began. Although there is no other hook as compelling as the opening’s found in the rest of the story, I was nevertheless constantly absorbed throughout my 20 hours with this otome visual novel. The strange whispers