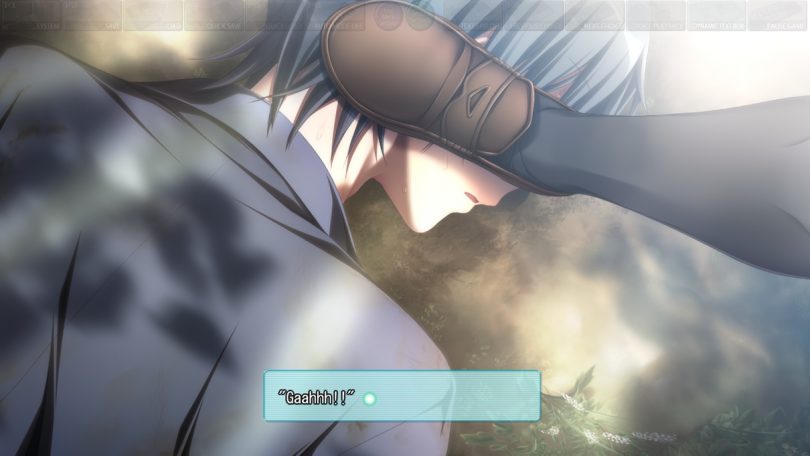 Amatsusumi is the second Purple Software game I’ve played, the first being Chrono Clock. Like Chrono Clock with its time travel watch, Amatsusumi features a supernatural hook: a command power called Kotodama reminiscent of the geas from Code Geass. Amatsusumi is an interesting and unusual visual novel. Kotodama runs deeply in the story, which concludes with a powerful main route, but not all the pieces fit together as well as they could.

Out of the Silent Village

In an isolated village deep in the mountains dwell the descendants of gods. The people, protagonist Makoto among them, possess an ability called Kotodama that allows them to imbue their spoken words with power. As Makoto explains, anyone who hears a spoken Kotodama is compelled to obey, and the greater the force of the will and emotions of the speaker, the more powerful the effect. The villagers thus live in a restrained silence, speaking only when necessary. However, Makoto hears a voice in his heart: “You must leave.” Whether by this mantra or by his curiosity, a purpose burns within him: to see the world, to speak with others, to feel emotions, to be something more and less than