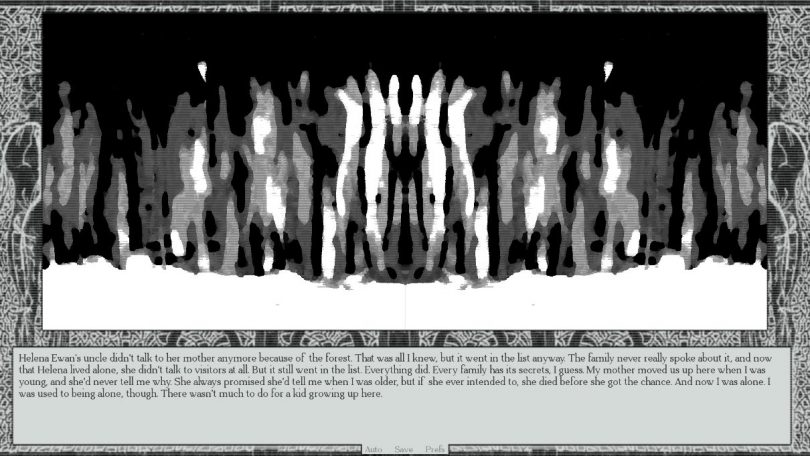 One of my favorite things about reviewing is that it leads me to try games I wouldn’t otherwise have tried—or even heard of. Sometimes unusual and interesting games come from unexpected places, perhaps from developers unmoored from the conventions of the genre in which they are working. A List of People Who Went Missing in the Scheleirland National Forest, a horror visual novel from solo developer F.SDRI, is just such a game.

So I Watched, Hoping to Understand

What is A List of People Who Went Missing in the Scheleirland National Forest (henceforth shortened to A List of People)? An isolated woman living on the edge of the Scheleirland National Forest watches the roads, counting the campers who enter but never come back out. She thinks of the forest, of her community, of herself, and of the missing—of the nature of the world and their place in it, of the paths that led them to their current lives, and if they might all somehow be saved from their terrible fates. One might think A List of People is about solving the central mystery of the missing people. Rather, as the developer puts it, it is “a