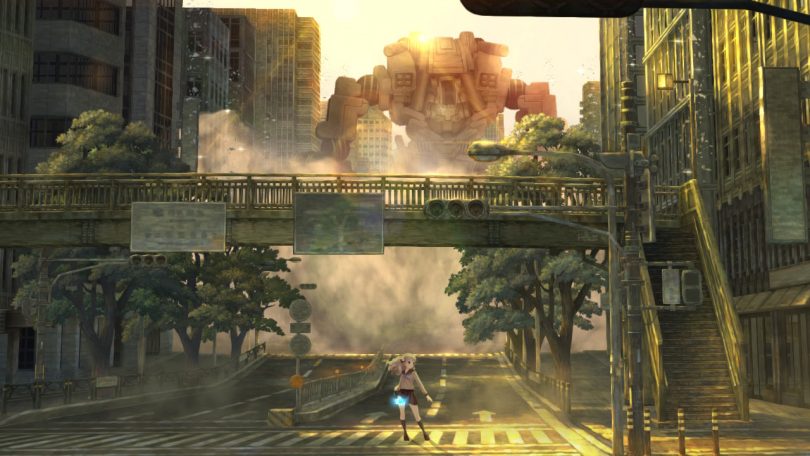 Vanillaware is one of those rare developers that seem to constantly produce gold but with a real niche appeal. Ranging from RPGs to beat ’em ups, Vanillaware has now shown their hand with a real-time strategy meets visual novel title. Ladies and gentlemen, it’s time to look at 13 Sentinels: Aegis Rim.

Despite the mix of genres, it wouldn’t be fair to say it’s an equal split. 13 Sentinels: Aegis Rim is first and foremost a visual novel. It’s so much a visual novel that it feels like the “RTS” sections were a late addition.

The game has quite an extensive prologue section that roughly clocks in at around 4 or so hours. Here you’ll get a brief introduction to all 13 protagonists of the game, the outline for the main scenario, and an introduction to the Mecha aspect of the title.

While this is a nice and hefty introduction, don’t expect to have much of a clue about what’s going on by the time the curtains draw on the prologue. It merely sets up the events of the game and gives you the smallest taster of what to expect from this