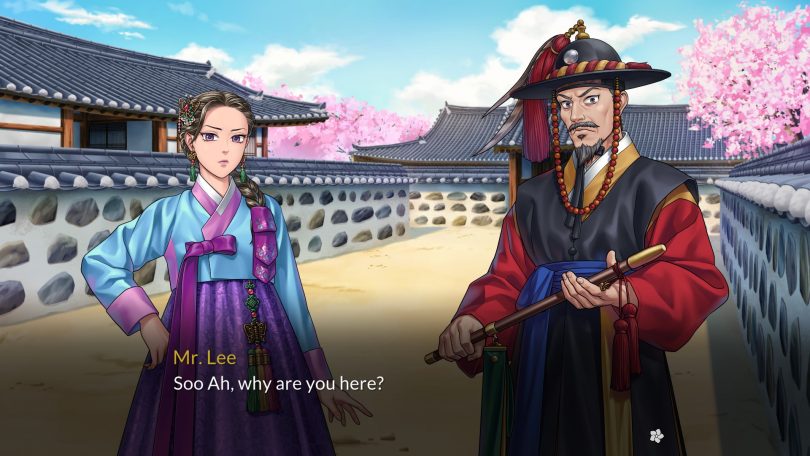 Suhoshin is the debut visual novel from French studio No More 500. Set in Joseon-era Korea, Suhoshin sees a series of strange and brutal murders shatter the peace of a quiet village in the countryside. It’s up to protagonist Yuri (and you) to unveil the truth.

The story begins with Yuri riding back to the small village where he grew up after training as a civil servant in the capital. On the last night of his journey, he stumbles upon a lone woman in the countryside. She gives him no name but insists he take a mysterious pendant. When he wakes, there’s no trace of her, and Yuri wonders if the exhaustion from his travels caused him to dream the whole thing. He’s eager to settle into his old home and see his friends: his neighbor Soo Ah and village guard Yun Bok. Yuri spent his time in the capital learning to investigate crimes, but surely his assignment in such a small and peaceful village where everyone knows everyone will be far less exciting. But when a murderer strikes with shocking and gruesome results, it falls to Yuri to unmask the culprit and stop the