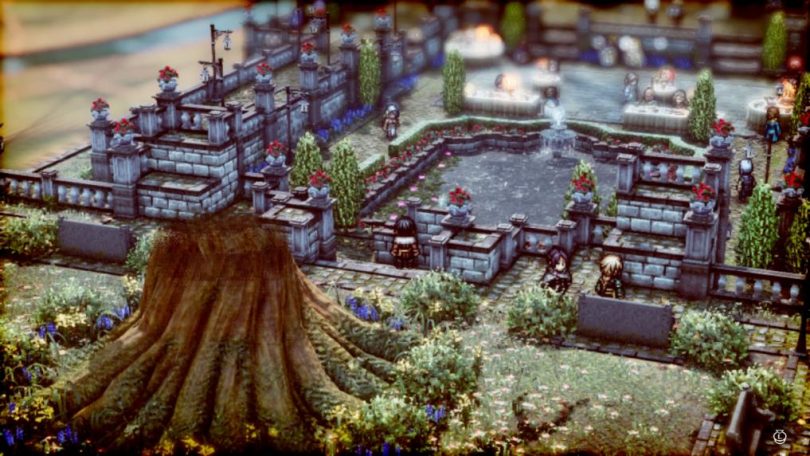 Triangle Strategy might sound like a placeholder name for a title, but it’s one that funnily enough encapsulates what it’s all about. It plunges you into the world of Norzelia, a continent divided into 3 kingdoms that are celebrating 30 years of peace after a horrific war tore through the lands. You’ll find yourself taking control of Serenoa Wolffort, heir to the house of Wolffort who are seemingly the right hand of King Glenbrook.

The world was divided over precious resources such as Salt, Waterways, and Iron. 30 years before the game started, a giant war was waged and in its fallout, the 3 kingdoms managed to co-exist.

The game starts with Serenoa meeting his arranged fiancé in a bid to strengthen relations between Glenbrook and Aesfrost. Naturally, peace is not the most exciting concept, and it isn’t long until the sins of the past rear their ugly head once more.

The story in Triangle Strategy is, in a word, deep. You’ll be wading through lore and dialogue for up to hours at a time as you meet various players in this high-stakes game of political intrigue. You may feel that the game moves at an