Home » Reviews » I Just Want to be Single!! – Demo Preview 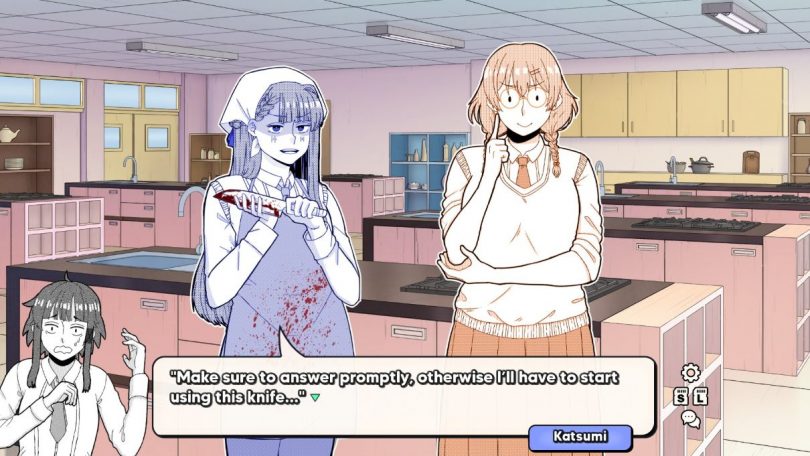 I Just Want to be Single!! is an upcoming comedic visual novel from Tsundere Studio. With the release date set as “When I’m no longer broke”, there doesn’t seem to be a planned release date, but a Kickstarter is planned.

At the time of writing, a demo can be found on Steam with the opening chapter. It introduces the characters and a variety of mechanics, which stand out from a typical visual novel.

You play as Aya, a socially awkward girl who has just transferred into a new all-girls school. Unexpectedly, due to a new haircut, all of the girls you meet are now falling in love with you! But Aya isn’t looking for love. She just wants friends and it’s down to you to keep things that way. As a note, I’m referring to Aya as a girl as that is how Aya is referred to in the demo and nothing is said otherwise in-game so far, but the store page says she’s non-binary. I’m unsure if this will be referred to in the full game.

As an introverted person, she can’t handle things like everyone in the class getting excited and wanting to