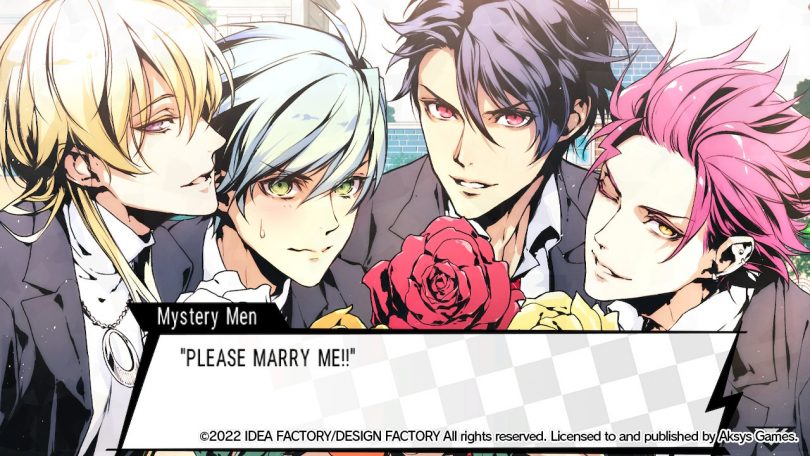 Variable Barricade, the latest otome visual novel from Otomate and Idea Factory localized by Aksys Games, is a romantic comedy about a girl guarding her heart from a gang of overenthusiastic suitors. It’s a blast when it leans into humor and lighthearted fun but less effective when it veers into melodrama.

As heir to the wealthy and prestigious Tojo family, Tojo Hibari (name changeable) lives a life ruled by appearances and expectations. She attends an elite girls’ school, and her schedule is meticulously managed by her personal butler Kasuga. Hibari has the best of everything–except relationships. People care about “the Tojo heir” rather than Hibari herself, and her relationship with her grandfather, the family head, is strained. Hibari keeps her guard up and trusts no one apart from Kasuga and her best friend Tsumugi. While Hibari imagines a future in which she’ll be married off to seal some corporate merger, it seems far off. That is until four dashing men show up outside her school roses in hand and shout: “Please marry me!”

These men are suitors, hand-selected by Hibari’s grandfather, and all four, along with Hibari and Kasuga, are whisked away