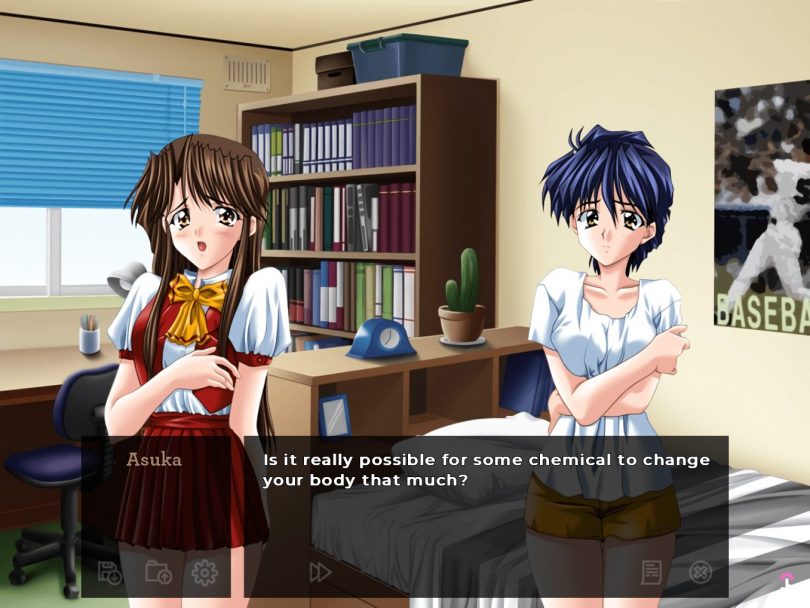 I played X-Change when I was probably too young to be allowed to. My memories long faded, when I heard that JASTUSA was releasing the X-Change – Complete Collection with a remastered version of the games, I was intrigued. On hearing that it even included X-Change R, with a bunch of new content, I decided I had to play it.

X-Change R follows Takuya, a member of the school’s infamous chemistry club. When he gets into an accident that turns him into a girl, no one is that surprised. It’s not the first time that the chemistry club has done something crazy.