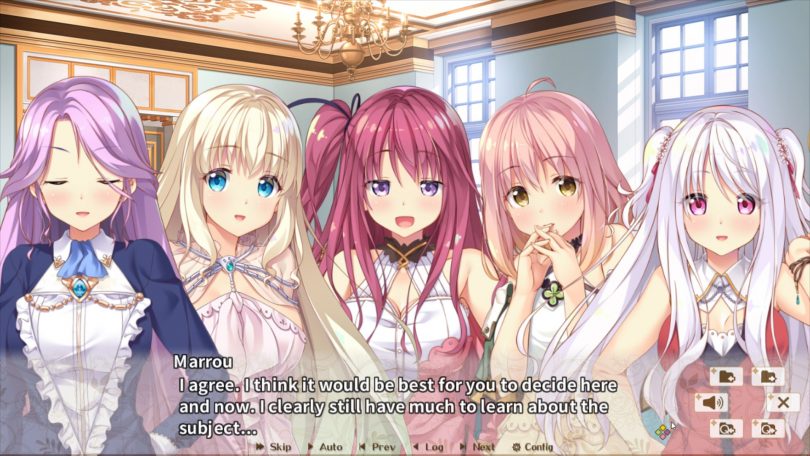 Money, woman, and power. These are all common to fantasize about. Harem Kingdom hits all three by transporting you to another world, where you’re the king and it comes with a built-in set of wives. This is by Smee, who also created the popular comedy romances Fureraba and Making*Lovers. Unlike the previous titles, this one has been localized by Shiravune, rather than NekoNyan.

Harem Kingdom falls into the common isekai genre; Luckily no trucks are involved in this case. The nameable protagonist and his childhood friend Hikari are suddenly transported to Palretta. While their entrance isn’t the smoothest, they find it to be a peaceful country. Certainly not as developed as their home of modern-day Japan, but able to make up for this in some ways with some basic magic. This is where you come in.

Those of the royal lineage are the only ones who can use the Cornerstone to make magical rocks, which are useful for keeping the country running and a large part of the economy. It’s even enshrined in the local religion. The summoning ritual that brought you here was searching for a relative of the former king, who recently passed away. Without