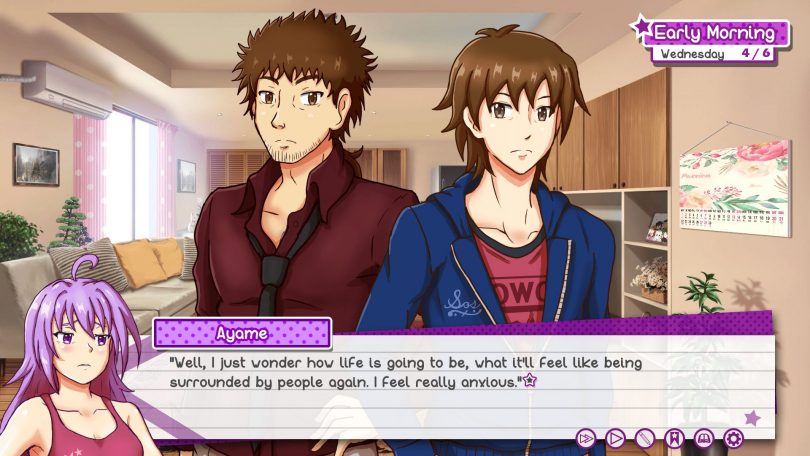 Currently on Kickstarter until mid-October, Dear Mom: My Letter to You is a slice-of-life social sim and romance visual novel by indie developer Mangoku418. It follows the story of Ayame Kawasaki, an 18-year-old high school student who lost her mother to suicide one year earlier. After having shut herself away during her year-long absence from Yamada Hoshi High School, she now braves her first step to reintegrate back into society and rebuild friendships.

Dear Mom: My Letter to You, initially known as “Kawasaki Project”, has been in development since 2020. While I never tried the October 2020 alpha demo, I had the opportunity to take a look at the current Kickstarter demo.

A Promise of a Heartfelt Story

Topics such as the loss of a parent to suicide, mental health, and bullying are central to the story in Dear Mom: My Letter to You, so it would be advised to play with care. The demo begins with a disclaimer of the game being a work of fiction, and while this segment is surprisingly fully narrated, an additional list of applicable content and trigger warnings could have been more informative than a rather out-of-context “do