Home » Reviews » Ambition: A Minuet in Power – Review | A Dance with Revolution 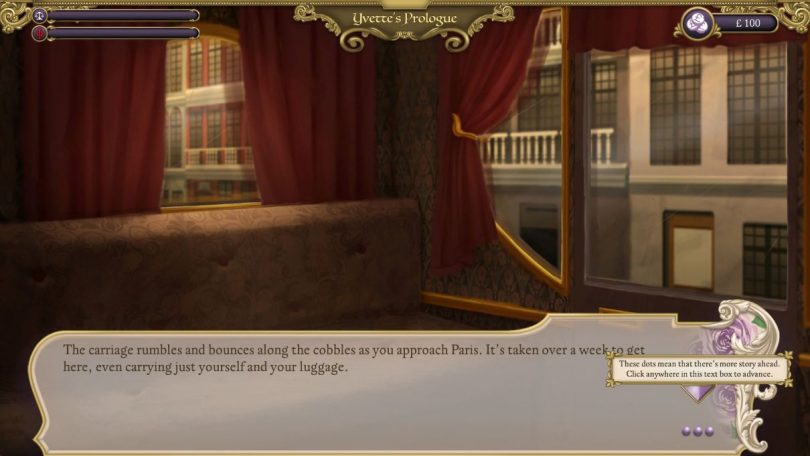 I’m not too keen on history as a subject but whenever a visual novel with a historical context rolls around, it tends to pique my interest nevertheless. Maybe it is the allure of imagining what it would be like to live in that time period, or in the case of Ambition: A Minuet in Power, the prospect of carving out your own piece of history. Set in the year 1789, this indie stats-raising dating sim developed by Joy Manufacturing Co. and published by Iceberg Interactive brings players to the days right before the French Revolution in Paris, France.

Released for the PC on 18 August 2021, Ambition: A Minuet in Power presents an intriguing plot combining danger, love, and power. But did it dance a graceful minuet in power or last merely a minute in power?

And so the Curtain Rises

Ambition: A Minuet in Power follows the story of Yvette Decaux, a Frenchwoman who was engaged to Baron Armand de Marbo and arrived