Home » Reviews » The Great Ace Attorney Chronicles – Review | Got It! 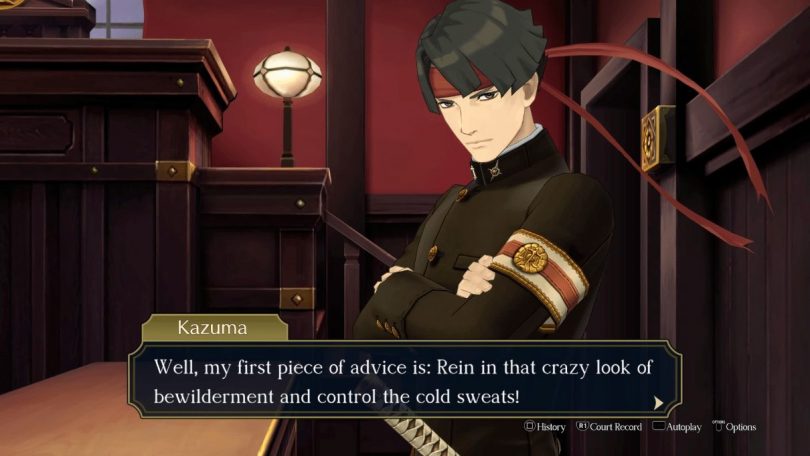 For many gamers, Ace Attorney is the premier name in murder mysteries. The series’ exciting blend of courtroom drama, adventure-style investigations, and visual novel storytelling have produced a wealth of highly regarded games, and the image of Phoenix Wright objecting, hand outstretched and finger pointed, is iconic. Accordingly, the latest entry in the franchise, The Great Ace Attorney Chronicles, has a lot to live up to. I’m happy to say Great Ace Attorney completely blows even the highest expectations out of the water. It builds on the Ace Attorney formula with engaging new mechanics and more mature, nuanced storytelling without losing sight of what made the series so successful in the first place. Great Ace Attorney is not only the best Ace Attorney game I’ve played but the best murder mystery adventure I’ve played bar none.

Great Ace Attorney is actually two separate Japanese releases, referred to in the English version as “Adventure” and “Resolve”, in a single package. They combine to tell the story of Phoenix Wright’s ancestor Ryunosuke Naruhodo, a university student in Meiji era Japan. (Naruhodo is Phoenix’s surname in the Japanese version of the original Ace Attorney games.) Ryunosuke