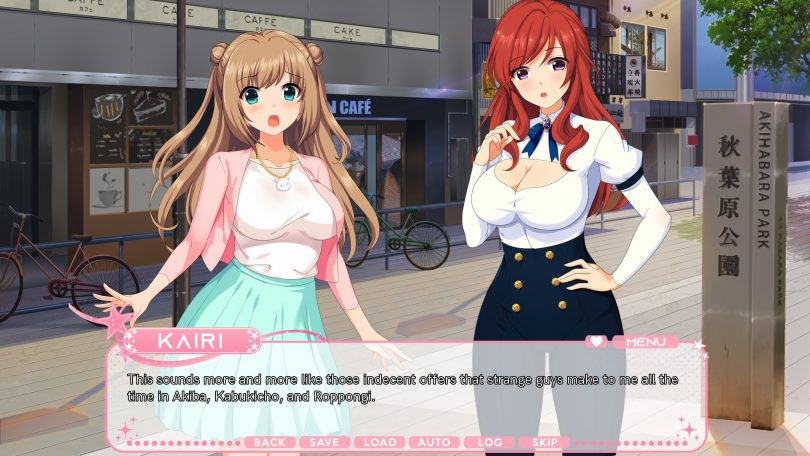 LIP! Lewd Idol Project doesn’t hide its focus – it’s right there in the name. While there is a story, this title from Toffer Team is very much about the lewd adventure. It contains uncensored nudity (even on the Steam version) and sex scenes.

The story follows Kairi. Dreaming of being an idol, adored by fans, and having the world listen to her songs, she has a long way to go. Recently having moved to Akibahara to pursue her dream, she’s been rejected repeatedly. Despite being told over and over that she can’t dance or sing, it doesn’t seem to sink in; Kairi isn’t the brightest person around.

Freshly rejected and with almost no money to her name, she meets Ranko. After Kairi complains about her problems, Ranko invites her to be the first idol in the Lewd Idol Project. Despite a lack of confidence in the idea, some very valid concerns that it sounds like the adult modeling jobs she was told to apply for, and a lack of confidence that she’ll even be paid, she agrees. Kairi is desperate to be an idol.

The story continues on with Ranko leading Kairi