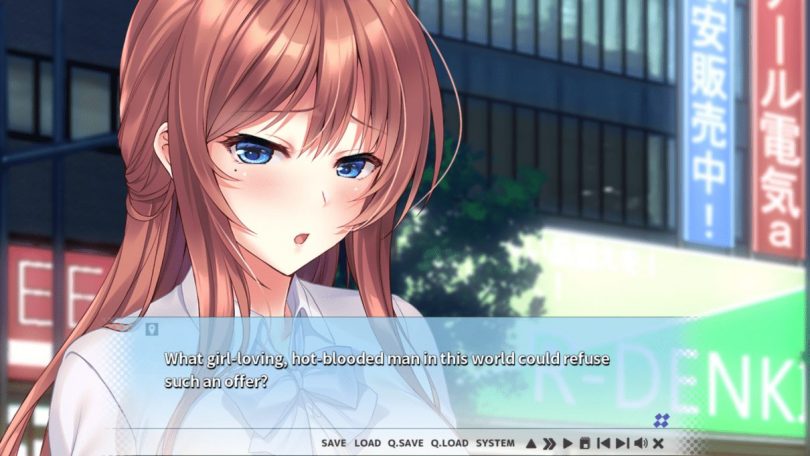 Iyashikei, often translated as “healing”, is a concept in anime and manga that refers to calming works showing characters living peaceful, everyday lives intended to have a soothing effect on the audience. Chihiro Himukai Always Walks Away might appear to fall squarely in this genre. Honestly, it’s not the type of visual novel I usually seek out, but a couple of things about Chihiro Himukai intrigued me. Lead writer Hayase Yuu also worked on Making*Lovers and Sugar*Style which are notable for eschewing the common high school setting to look at post-high school adults, a trend Chihiro Himukai continues. More striking is the title itself. Chihiro Himukai Always Walks Away evokes perpetual distance where one might expect uncomplicated romance.

Our nameable protagonist, who I’ll call Takuto, has been sucked into yet another after-work drinking party. While he’d rather play games at home, he instead has to listen to his coworkers rib him for being a lonely virgin. After all, he’s never had a girlfriend. It turns out his old high school friend, Chihiro Himukai, is a server at the place, and when the rest see the two know each other, her name gets pulled into the