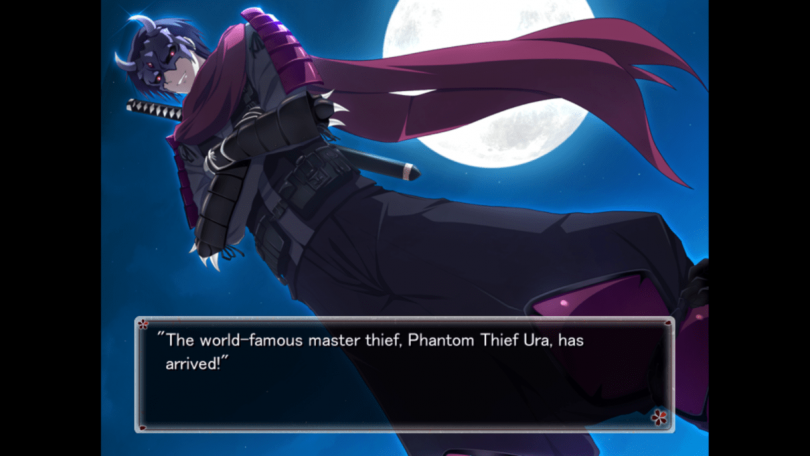 Onigokko! is a 2011 visual novel from ALcot localized via JAST USA that sells itself as a modern-day fairytale. With heroines drawn from Japanese folklore and a dashing phantom thief as the leading man, the stage is set for magic, adventure, and of course love. But is Onigokko! more smooth criminal or bungling burglar? Let the heist begin!

Onigokko! begins with Urabe Keisuke, who is secretly the Phantom Thief Ura, setting off to Onigashima Island. (Phantom thief can be thought of as the Japanese equivalent of a “gentleman burglar” a la Arsène Lupin.) Ura made his name stealing powerful oni artifacts called “mystic treasures” from those who would abuse their power. Onigashima is home to many such treasures, and the island is ruled by three great families descended from Japanese folk heroes who hold it as their duty to safeguard the mystic treasures. Though Ura and the three great families have the same goals, their opposing methods often put them in conflict. To make matters worse, another Ura has appeared and put the island on notice that no mystic treasure is safe. Keisuke wants to expose the imposter before they sully