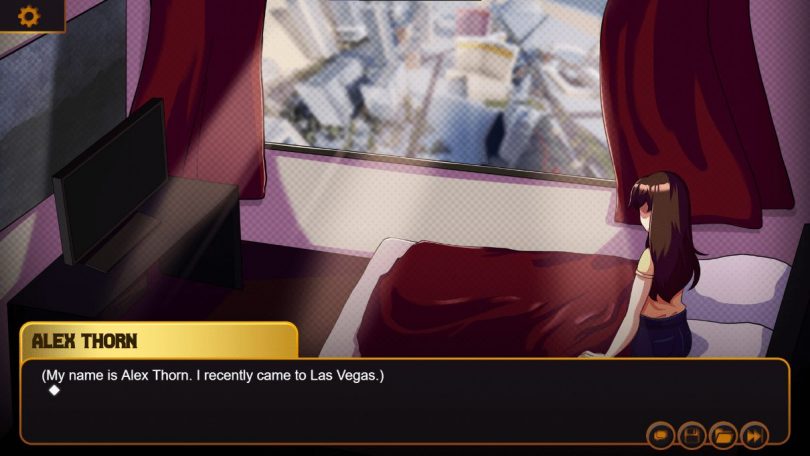 Prepare to solve a mystery not as a detective but as a lawbreaker in Sol Dorado Heist, a short visual novel released for PC on 23 April 2021 by indie developer Megalixir Games.

In this two to three hours long game, play as Alex Thorn who wakes up one morning from a vivid dream where she was robbing a vault with another person. Due to a head injury she sustains, she cannot recall the identity of the individual who appeared in the dream. Alex is not even sure whether the dream is an actual fragment of her memory until she meets a detective who informs her that he is investigating the recent string of casino heists committed by a figure known as the Silent Ace. Upon hearing that the Silent Ace’s next target is the Sol Dorado casino, Alex confirms that her dream, where she has heard the very same casino name, is in fact real. Now, it is a race against time as Alex tries to figure out who she and this other person are before the detective does and arrests them.