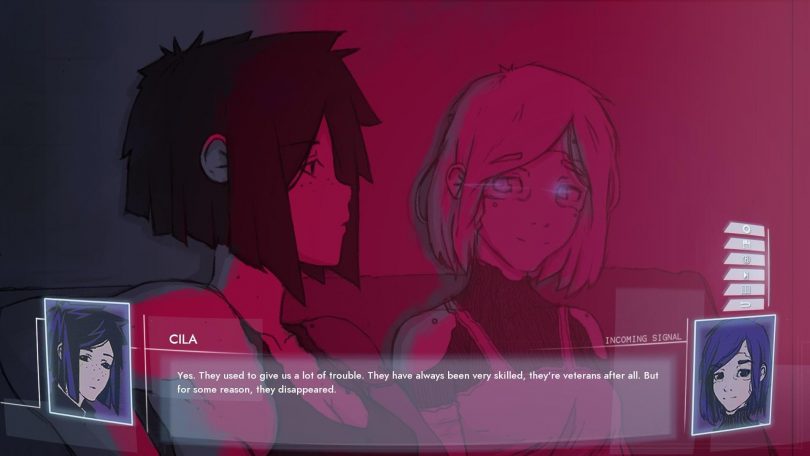 Released on 27 July 2020 for PC and more recently, on 18 March 2021 for Playstation 4/5 and Nintendo Switch, Synergia is a cyberpunk thriller visual novel developed by RadiArt and published by Top Hat Studios and Eastasiasoft (Switch). Set in an imperial state where love between humans and androids is outlawed, the story follows the difficult but blossoming romance between Cila, a veteran policewoman, and Mara, a female android.

With an ESRB rating of Mature 17+, this game has content warnings of blood, firearms, partial nudity, sexual themes, strong language, use of tobacco, and violence. Its opening video, which starts right after the logo splash screen, contains flashing images and glitch effects, but players may skip the video entirely by pressing the “Enter” key (PC) as it begins to play. Within the game itself, there is no flashing animation used but there are screen shakes and aesthetics involving neon red color.

Currently, Synergia is available in English, simplified Chinese, and Spanish. For this spoiler-free review, the English PC version is played and discussed.

Cyberpunk is a science fiction sub-genre that focuses on a technologically advanced but dystopian future. Naturally, being a