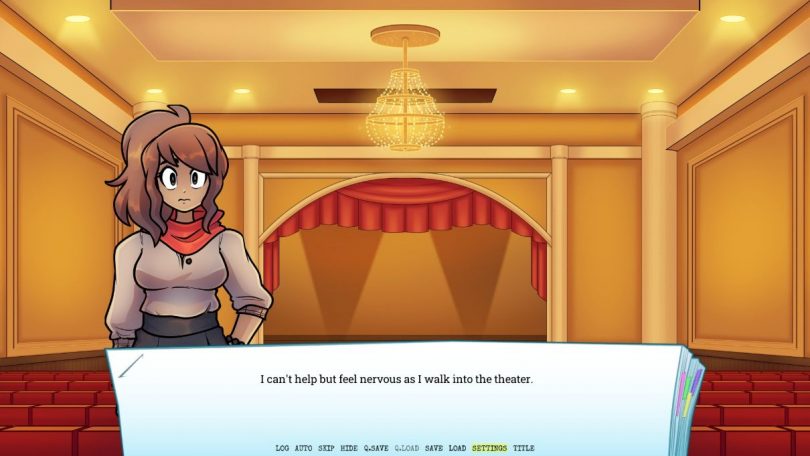 Step into the shoes of an aspiring actress in The Last Act, an indie mystery otome visual novel by Snowhaven Studios, where her audition for a role at a theatrical play wraps her into more drama than she bargained for. Released for PC on 16 March 2021, this original English language visual novel (OELVN) focuses on Sarah, a young woman who has a passion for the theaters and dreams to be the leading actress of a play one day. And what a one fine day it is when she gets cast as the lead role in a small production play — that is, until she starts experiencing supernatural sightings and even a near-death accident. Along the way, she crosses paths with three male love interests: Joshua the co-star, Gavin the investigator, and Silas the ghost. What happens after, regarding the show and mysterious events surrounding the theater, now rests on Sarah’s shoulders.

The Last Act is overall an all all-ages-friendly with content warnings of character death, depictions of fire and explosion, infrequent screen shakes, sudden sounds, and screams. It is a short game; a single playthrough takes approximately two hours and subsequent playthroughs can be faster with