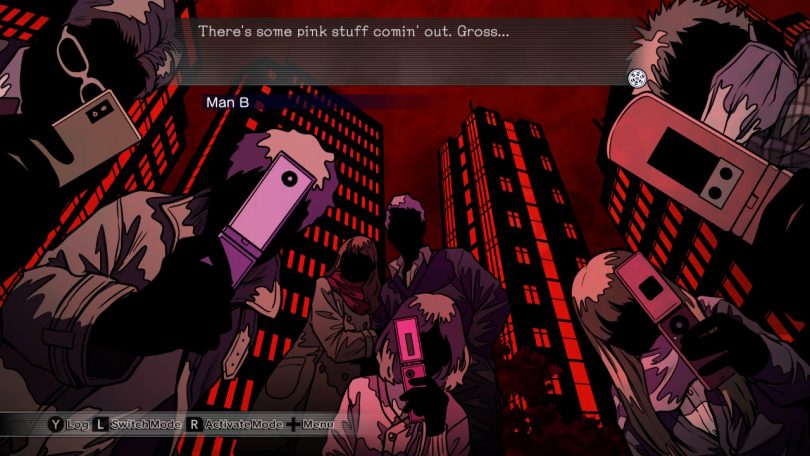 Two franchises I hold in high regard are both Ace Attorney and Danganronpa. There’s just something truly special about a great murder mystery. Toss in a powerful narrative and you have your claws firmly sunken into me. Visual Novels have an innate ability to whisk me into another world. It’s a genre that will consist of minimal gameplay but expansive story. If you aren’t a fan of literary vomit, then maybe skip out on this review. It won’t matter what final score I give Root Film. With that said, read on to find out if this title is a PQube gem or turd.

Root Film has a narrative filled with twists and turns, beginning in a dark manner. A woman is perched high above on a building’s ledge about to jump to her death. Despite the cries behind her, she ignores it and steps off. She plummets to the ground, hitting with a thud but doesn’t die immediately. As she helplessly lays there, groups of people surround her bloody body. No one calls an ambulance, snapping pictures instead. Before she passes, the final thing she sees is the lights of smartphones shining upon her.