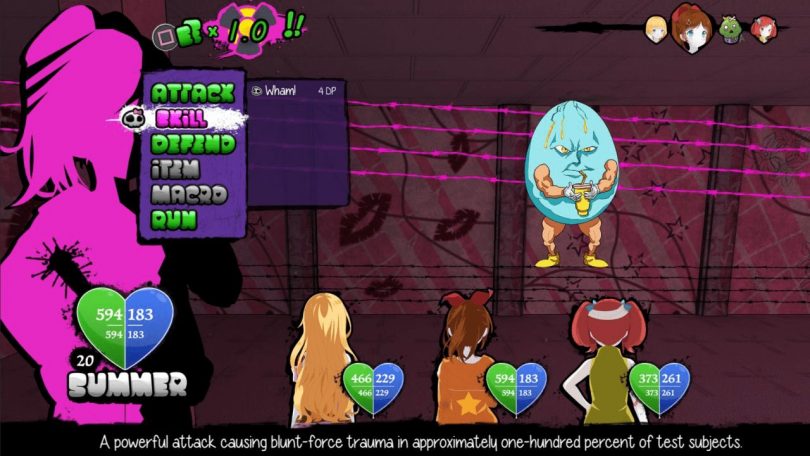 With the plethora of zombie apocalypse based media, the basic needs for survival are known. Undead Darlings considers these as food, water, shelter, and zombie waifu babes to take care of you. Today, I’m covering Undead Darlings: No Cure for Love. It’s developed by a studio with a great name if I do say so – Mr. Tired Media, as well as Sekai Project. It has been released on the Nintendo Switch, PS4, and PC.

This is the second dungeon crawler that I’ve covered on the site. I must say that I regret not getting much into it as a child. I’ve played demos of other famous franchises such as Etrian Odyssey and Disgaea. Growing up, my simple-mind preferred platforming and action games for a less complex ride of endorphin. Nowadays, I realize I missed out on a ton of great games from the genre so having the chance to review them is a great experience. Researching the story for this game, I also found out how it’s Kickstarter campaign didn’t initially meet the goal. Mr. Tired Media were certain that the project could work out so they continued work. Five years