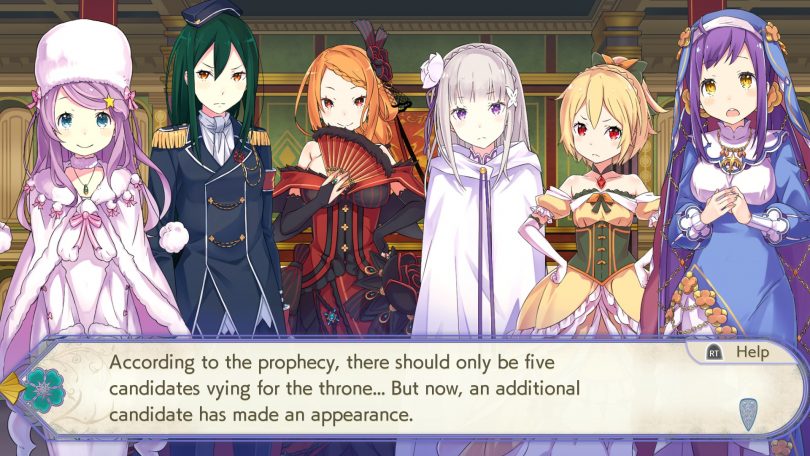 Re:ZERO -Starting Life in Another World- The Prophecy of the Throne is an original story supervised by the series author and brings familiar characters back, along with a few new ones. While described as a tactical adventure game, this is essentially a Re:ZERO visual novel with occasional gameplay elements. Aimed towards fans of the series, it’s a great way to spend more time with your favorite characters.

For those who are less familiar, Re:Zero follows Subaru, an ex-shut in from modern-day Japan who was transported to another world. He was given a power called Return by Death, which forces him to return with his memories to an earlier ‘save point’. Unfortunately, Subaru cannot control whether to use this power or which save point he returns to. He cannot even tell anyone about his power, but he tries to use it to save himself and those close to him.

The visual novel’s story starts about a month after Subaru’s arrival in the world, just after Arlam village is saved. While there is a brief recap of events, I’d strongly suggest watching the Re:Zero anime or reading the light novel up to this point. Someone new