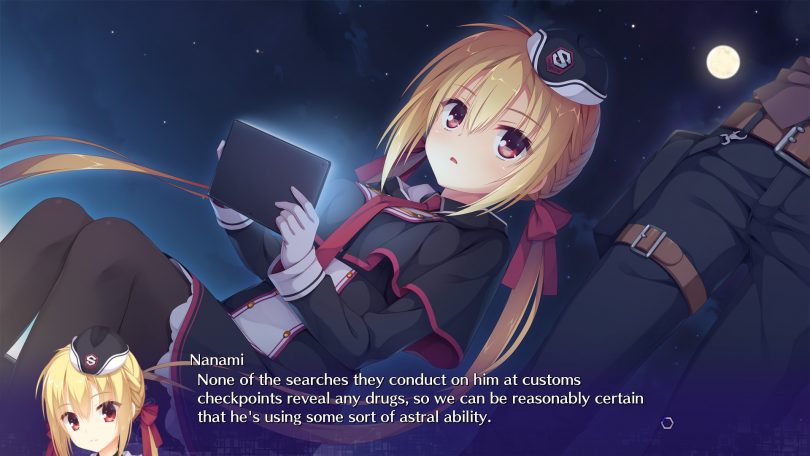 Riddle Joker is a visual novel by developer Yuzusoft and published by NekoNyan, much like Senren＊Banka which we reviewed previously. It follows Satoru, an agent working for a secretive organization that helps to solve crimes involving astrals – a segment of the population with special powers.

I would describe this as a mix of an action-adventure storyline, with a good amount of comedy and romance. It covers some serious topics such as discrimination, family issues, and crime, but is overall fairly light. It does contain sex scenes and nudity.

Speaking of the sexual scenes, if you are buying this game on Steam, a lot of the mature content has been cut out through methods such as conveniently placed beams of light, CGs that zoom in to avoid panty shots, and skipped sexual scenes. A free 18+ patch can restore this, which can be found at the NekoNyan Shop. Versions bought elsewhere such as Denpasoft are the full 18+ version and do not need patches. The sexual content itself is, for the most part, fairly vanilla, though it does involve some interesting use of their special abilities. Most characters have five scenes, though