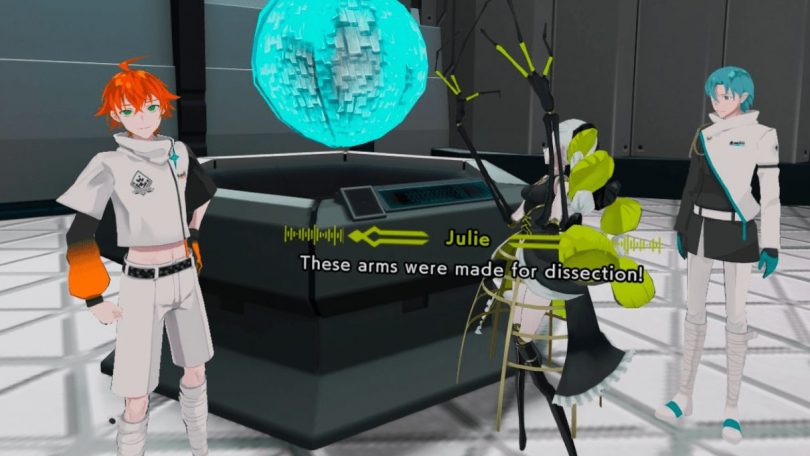 Marketed as a sequel to Tokyo Chronos, Altdeus: Beyond Chronos is a virtual reality visual novel. Virtual reality being a niche of its own and visual novels being an even smaller one, this is a rather rare pairing with only a handful of titles existing like this.

Interested in an immersive sci-fi anime experience with giant robots, a touch of Jpop, and a mystery to unravel? Read on to find out more. You do not need to have experienced Tokyo Chronos to play this.

We take on the role of Chloe, one of the two mecha pilots in the military organization Prometheus. She has only one wish – to destroy the Meteroa. The giant beings that have devastated the surface of Earth and have driven humankind to live in an underground settlement. But for her it isn’t using her mecha, the Alto Makhia to help humanity and reclaim the surface or just duty – it’s more personal.

A large portion of the game is told by revealing memories of Chloe and her relationship with Coco Kokonoe, who met an unfortunate fate. Their relationship is explored, as are Chloe’s feelings towards the Meteroa. I