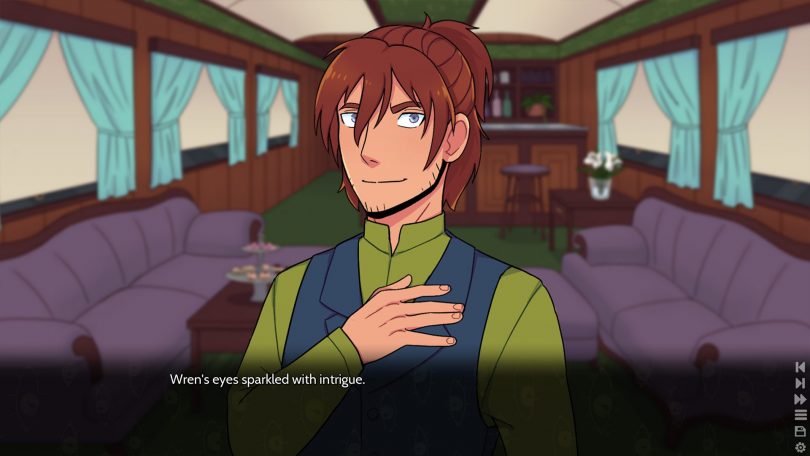 Debuted as an entry for NaNoRenO 2020+, Red-Handed Robin is an otome visual novel by indie developer HitOrMissy that tells the story of Robin, an experienced thief who is on her way to escape to another city after having successfully executed her latest heist. With her luggage of stolen goods and Jay, her loyal bodyguard, in tow, Robin confidently boards the train of freedom heading out of the country. Everything is well until she bumps into Wren, a detective aboard the same train.

Containing three parts and with the game receiving its final content installment shortly before this review was written, Robin’s escape tale is now complete after months of work. In this spoiler-free review, let’s take a look at this cat-and-mouse adventure that features two love interests: Jay and Wren.

Though Red-Handed Robin is relatively short and all of its ten endings can be obtained within hours, its story is nothing short of an emotional roller coaster. Led along by the smooth storytelling, I have found myself going through fluttery feels, anxious anticipation, dreadful despair, and euphoric enlightenment. On top of well-written scenes, there are aptly paired pieces of