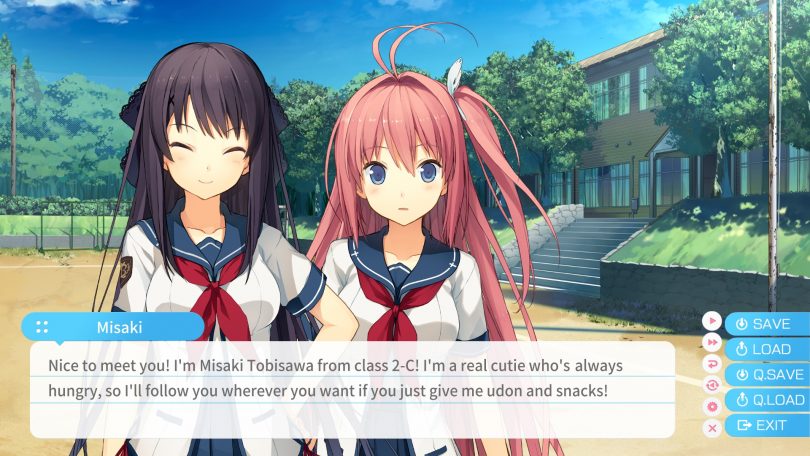 Videogames can make you think about a lot of things. In this case, they make us wonder how the Aviation Law adapted to children floating around in the sky as a normal occurrence. Welcome to Aokana: Four Rhythm Across the Blue, a visual novel developed and published by Sprite, brought to the west with the help of NekoNyan and PQube. The game was initially released only for PC but has seen a port to Nintendo Switch, which will soon be followed by a PlayStation 4 version. This review was done with a Switch copy.

Aokana is the second project from Sprite, but seeing as both of their projects have been adapted into an anime, at least one fandisc is being localized and a sequel has been announced to be under development (if currently on hold), we can certainly expect good projects to come out of them going forward. Our Editor-In-Chief has also been quite a fan since he played it, so having a chance to check out the Switch version with my own eyes is an awesome opportunity. Having said that, let’s just hop into it, after the catchy anime opening that gets