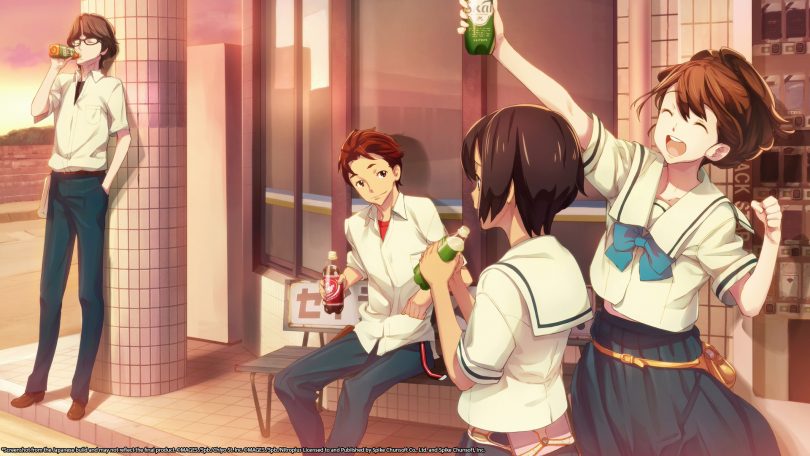 Robotic;Notes Elite is the fifth main entry in the Science Adventure series chronologically, with the well-known Chaos;Head and Steins;Gate being the first and second respectively. That said, while some references to previous games may be missed, it is completely fine to come into this visual novel as your first. It does not require any knowledge of the series.

This visual novel takes place in a slightly futuristic world, where augmented reality (AR) is commonplace and robotics are becoming more and more popular. People use powered exoskeletons for mobility issues and more. Robots are used to serve customers and even to fight in tournaments. It follows the antics of a high school club from a rural island, aiming towards a dream of building a giant robot. One which emulates the title character of a children’s anime the founder loved.

Not everything is as great as it seems though. There’s a mystery hidden away on this little island. One that may affect the fate of the world. While it is often light-hearted and humorous, death and other sensitive topics do play a part in this visual novel, so be warned. There is no gore though, unlike at