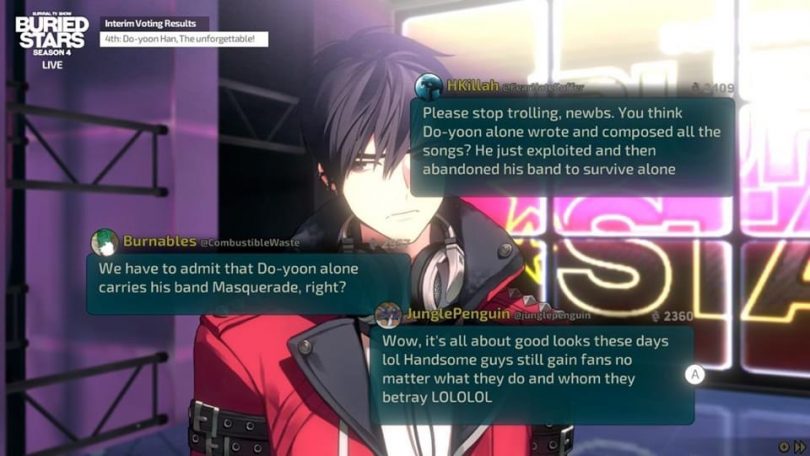 THIS WON’T BE A BTS PARTY!

K-Pop – It’s a genre I didn’t quite get into. To be fair, I never give it a chance either. While I’ve heard of bands here and there, my only real exposure has been with anime or video games. Buried Stars is set in that world. It incorporates the idea of musical competition. An elimination process where the talented survive and the weak disappear. Quite fitting too as death will play a role. This is a dark visual novel with more twists and turns than a European roadway. One that deals in heavy and sensitive topics. So be warned; there’ll be no punches pulled. Now without further ado, let’s find out if this can excel, or if it’s dead on arrival.

TEAR THE PLACE DOWN!

As fans cheer and lights shine, Buried Stars begins. The placings of the contestants taking part in a show of the same name are read off. As the competitor in first is revealed, chaos ensues. The entire stage shakes and debris drops to the ground. Screaming echoes out through the area. The screen then goes back. You’re buried underneath rubble – pun intended – until you hear a voice.