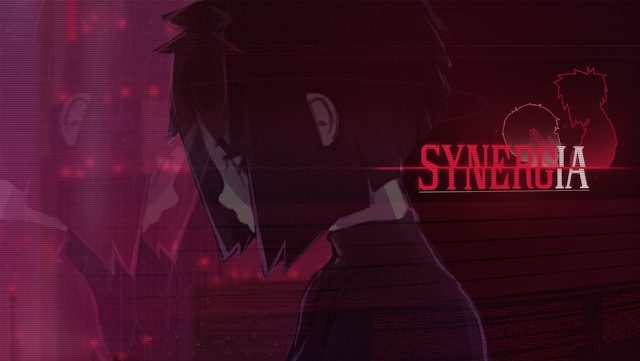 Have you seen Blade Runner 2049? The cyberpunk epic that charms the viewer with its climate and polished visuals, but is probably a bit too convoluted for its own good and offers relatively little payoff for its massive, multi-layered plot? Now, imagine watching that movie without the context of original Blade Runner and accompanying shorts, all offering crucial pieces of worldbuilding and linking the main entries in the franchise together. How much meaning the sequel would lose and how hard to follow some of its subplots would be?

This “Blade Runner 2049 without context” metaphor is the best way to explain my feelings about Synergia, the long-anticipated cyberpunk EVN by Radi Art. First announced in mid-2017, the project gathered a lot of attention with its well-defined, gloomy aesthetic and an appealing story outline. After that, it went through a number of hiatuses, with the creator behind it often going silent for long months and many assuming the project was dead. In mid-2019, however, the full development of the game was resumed and after a successful Kickstarter campaign (and another series of delays), we finally received a finished product in August 2020 – one that, in my opinion, proved way less mystery-filled and more flawed than the promotional materials made us hope for. But why is that exactly and to is this game actually bad, or just not living up to the hype?