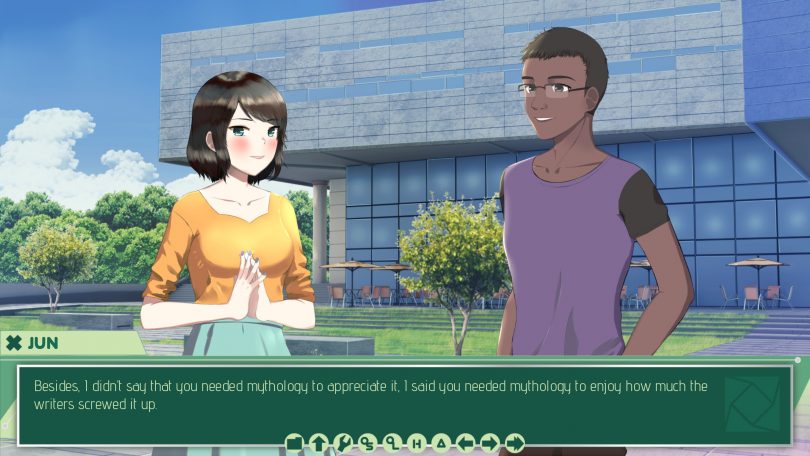 Refraction, indie studio Universe Zero’s debut game, is a sci-fi visual novel with a slice-of-life story about Jackie Shields who one day finds herself traveling between two parallel universes. Released on 28 August 2020, this original English language visual novel features an intriguing plot based around the concept of a multiverse and has a romance subplot with two romanceable characters.

In the following spoiler-free review, let’s take a look at this visual novel with a story that spans two parallel worlds.

Refraction is a short game that can be completed within a few hours though its brevity is not necessarily a bad thing. I am not referring to how some people prefer short games (which is totally valid) but that short stories have their own charm and demand skills from the writer as much as long prose does. Through concise storytelling, the writing in this visual novel has shown several good qualities: there is a smooth flow of comfortably paced events that guides players through the whole universe hopping adventure in a relatively unconfusing manner, and relevant information is distributed logically and provided in appropriate amounts to move the