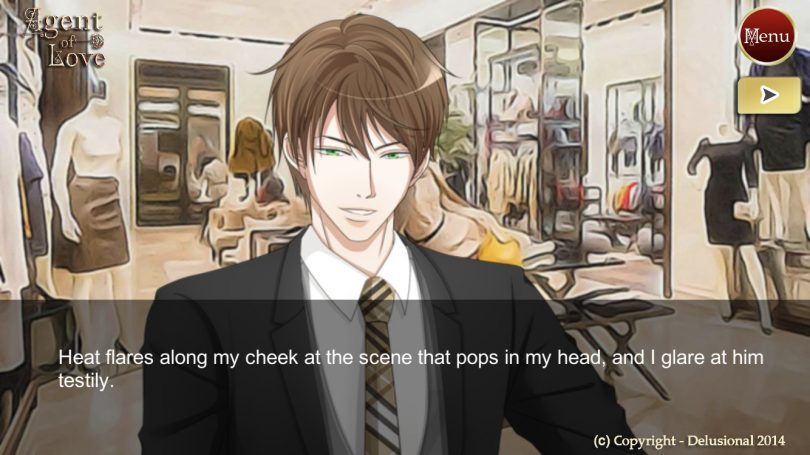 Released on Steam, Google Play, and App Store in 2019, Agent of Love is an indie Josei Otome Visual Novel by Delusional Inc. with storylines and themes targeted for a mature audience. For this romance game that touches on dark topics and has mild sexual content, its trigger and content warnings include sexual and intense violence, abuse, suicide, death, blood, kidnapping, needles, use of alcohol, and mental illnesses.

In Agent of Love, you play as Detective Takeuchi, a 24-year-old woman who is a fully trained and capable employee of the Japanese police force. Orphaned at a young age, she is adopted by the Takeuchi family, with her adoptive father as the Police Chief Commissioner of Japan. Her story begins when she is asked to pick her next assignment that will involve one of the six possible bachelors.

Primarily designed for mobile, the game contains in-game purchases that follow the usual model for paid mobile otome games: free prologue and chapter 1 of each route, followed by Main Story, His POV, Epilogue, and Secret End packages that can each be purchased separately as desired per character route. While there are a total of six bachelors