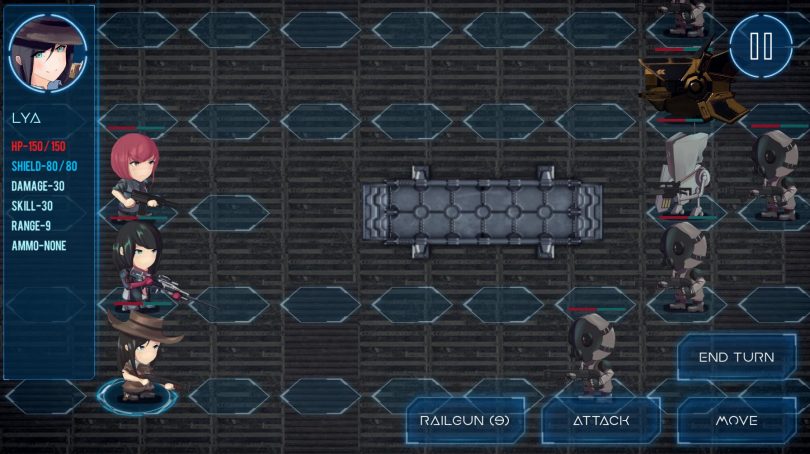 Stellaren, released exclusively to mobile devices in 2017 was an important game in my engagement with VNs. A dark sci-fi adventure with a captivating setting and a tense, at times brutal story stood out significantly from most other visual novels available for smartphones and I think to this day is one of the best dedicated Android/iOS games of its kind [you can find my detailed review of it here]. It also cemented my love for VNs as a storytelling formula and while some of that infatuation was definitely connected to me being a fairly inexperienced reader, many elements of Stellaren’s worldbuilding and character development are genuinely bold and interesting – and to the point where I wasn’t even bothered by its rough edges and clunky gameplay elements.

Because of all this, it is an understatement to say I was excited to hear about the release of Stellaren II July this year, coming out not only for mobile devices but also on Steam. Promising heavily updated visuals, a set of better-polished gameplay elements and a substantial, conclusive story (its predecessors had a tendency to end on cliffhangers), it seemed like a massive treat for someone like myself, already in love with this universe. What I found was both different and more complex than I expected – but did it capture the charm and stomach-gripping qualities of the original?