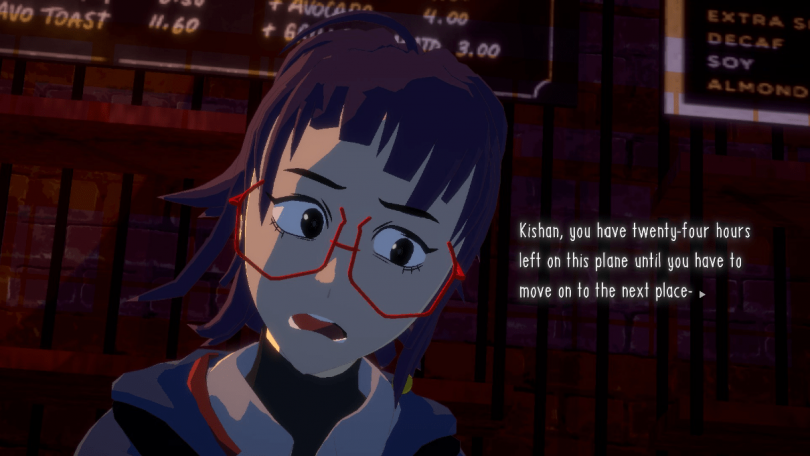 Necrobarista calls itself a unique take on the visual novel medium. Having played visual novels for more than a decade, I’d certainly agree. In fact, some may not even agree that it is a visual novel at all.

This is closer to a game than a visual novel in some ways. There are first-person sections where you move around. There are collectibles of a sort that let you unlock more content. It’s certainly not just a story. With that said, whether you feel that Necrobarista counts as a visual novel or not, it’s certainly an interesting narrative experience and primarily about telling the story.

The story starts in one of the few stops on the journey between life and death – a rather special coffee shop in Australia called the Terminal. While some patrons are normal living beings, many are the recently departed who have only twenty-four hours before they need to move on to whatever lies beyond.