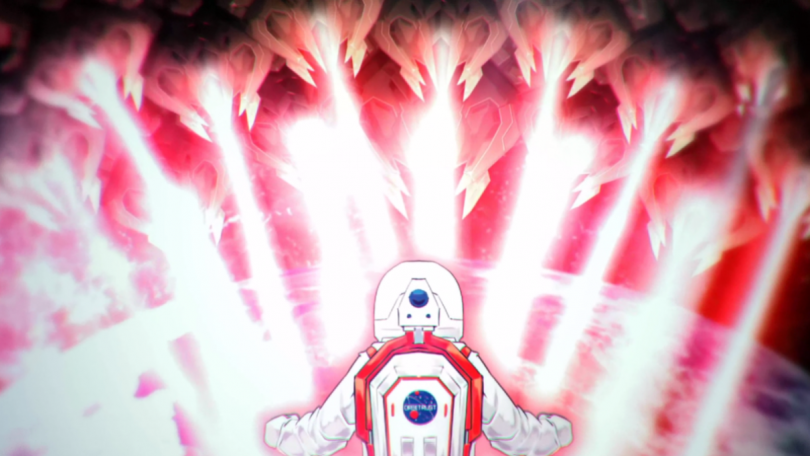 While it refers to itself as an RPG, I’d note the visual novel aspects too. The story is partially told through visual novel style gameplay, with more interactive moments than normal.

VoidBound is currently just a demo. As such, this is a write of my thoughts and impressions after playing, rather than a full review after going through everything I can.

Caly is an engineer who works on satellites. She seems to be a rather laid back woman in many ways, but tragedy strikes early on; As she is working, she watches as aliens suddenly attack Earth.

Waking up restrained, naked, and in a tube isn’t the nicest situation to happen, but this is what happens to Caly. She has been captured and is being experimented on. Naturally for a game that calls itself an ‘ero RPG’, this involves a probe called the stimulator – a phallic tool