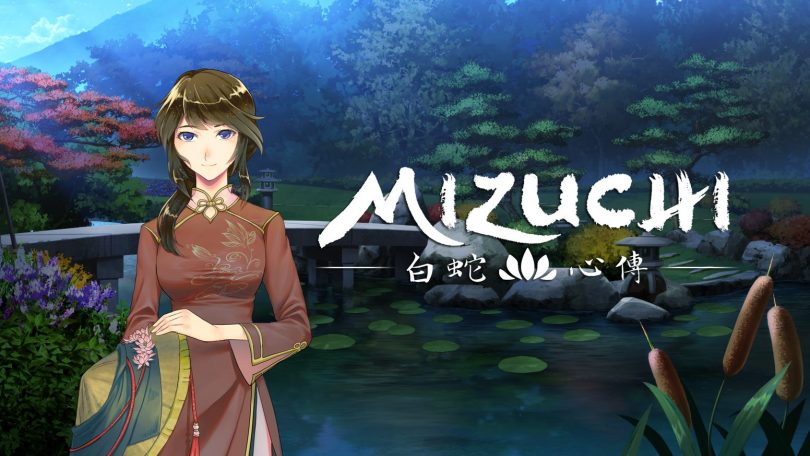 Anyone observing the EVN scene should know well that yuri, besides being my personal obsession, is one of the most vibrant niches for non-JP visual novels, with many studios and creators dedicated to this theme and a very active fanbase. This seems to be particularly clear nowadays, as even companies like Winged Cloud, the infamous producers of low-effort VN smut, capitalized majorly on the trend, producing mostly GxG games for the past few years. On the other side of the spectrum, Studio Elan recently pushed the standard of quality for EVNs in general with their modern fairy tale, Heart of the Woods. As a result, yuri fans have a lot to choose from, both when it goes to quality work and amusing trash.

The game I’ll be writing about today, Aikawa Collective’s Mizuchi 白蛇心傳, definitely aimed for the “quality” side of the spectrum and seemed like something that could rival Studio Elan’s hit with its climate and visual spectacle. This yuri-themed retelling of the famous Chinese folk tale, the Legend of the White Serpent, looked spectacular in its promotional material and easily reached its Kickstarter goal of $8500 in September 2018. While the development cycle for it proved long, going 9 months beyond its initial target of August 2019, it never lost its place as a promising and highly-anticipated yuri EVN. Releasing on Steam and Itch.io in mid-April 2020, it gathered overwhelmingly positive feedback – but, did it truly live up to the hype?