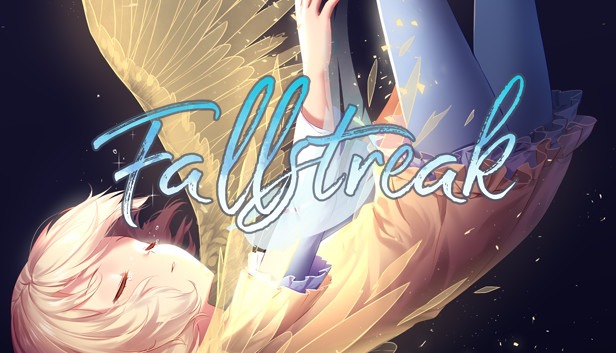 You probably saw many cataclysms in stories you’ve read or watched in the past. Disasters that were natural, technological or magical in nature, limited in scale or apocalyptic, resulting in short-lived crises or civilisation-ending. From Muv-Luv through Swan Song to I Walk Among Zombies, plot-oriented visual novels never shied away from presenting these kinds of scenarios, and along with literature, they’re uniquely positioned to explore deeper consequences they could have for both individuals and whole societies.

Fallstreak, a free game released on Steam on October 2018 as a debut title of a small studio under the name Centicerise Productions, is one less-common EVNs tackling this topic. It does so by focusing heavily on a group of people affected by such a catastrophic event – mostly average folk, crippled physically and emotionally by the mysterious Fire of Collapse that ravaged their isolated country without a warning or identifiable source. It’s also, generally speaking, a wonderfully-produced piece of VN that I’m wary of recommending to people due to its surprisingly extreme content and open-ended story, quite clearly meant as an introduction to its world and a prologue to future games utilizing the same setting. So, what are the main reasons to check it out, or to skip on visiting the fantasy realm of Socotrine at least until Fallstreak’s continuation shows up?