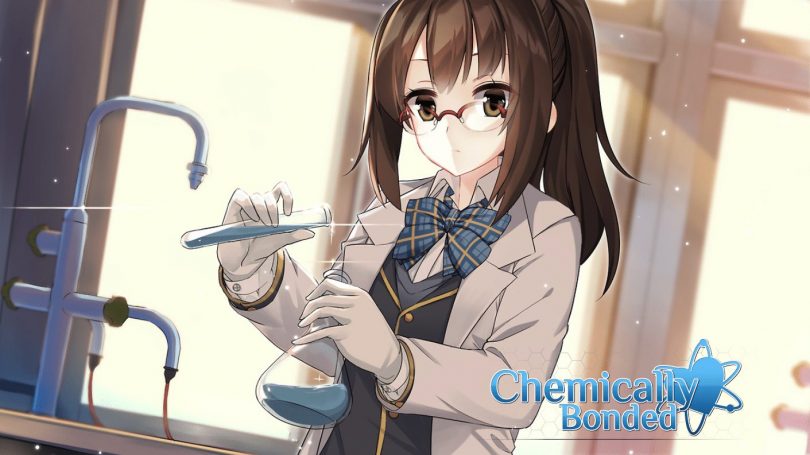 Ds-sans is a British VN developer whose work I’ve been following since the times I started writing my blog, first being charmed by his free romance game Sounds of Her Love, (check out my review of it here). Released on Steam March 2017, this very tame and heartwarming, small love story was extremely by-the-numbers and rather cliched, but stood out through its solid execution and likeable heroine. Later, I’ve checked out this author’s first VN, Lost Impressions, which also proved enjoyable despite being something of a mess visually and including edgy story elements typical for many beginner VN writers – a rather standard amateur project, but showing traces of genuine talent.

As you can imagine, I was quite interested in reading ds-sans’ first commercial VN, Chemically Bonded, announced and successfully crowdfunded in late 2017. It promised to continue the wholesome, romantic climate of Sounds of Her Love, but with a more in-depth, branching story and better production values – pretty much a product catered exactly to someone like me, who enjoys fluffy slice-of-life content in VNs over pretty much everything else. After a full year of delays, the game finally came out on November 2019, proving to be… Very much a mixed bag. But, what could go wrong with a project this straightforward and one with such a promising background?